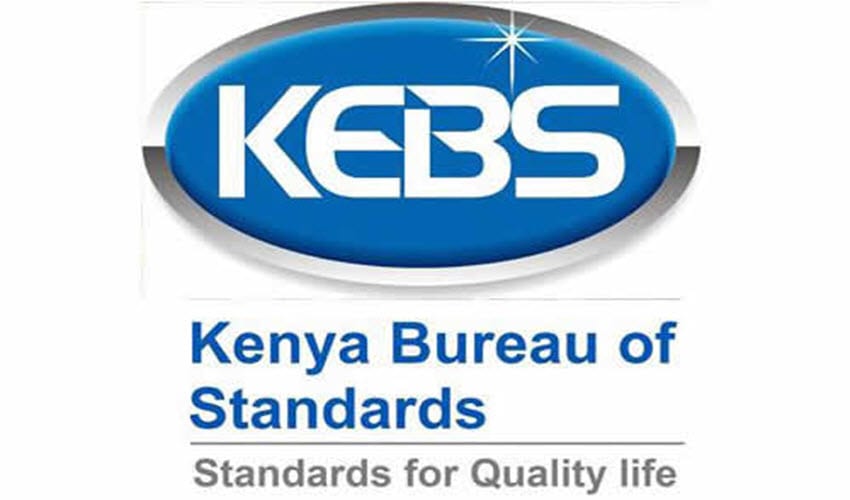 The Kenya Bureau of Standards (KEBS) has suspended the licenses of 360 water bottling firms for failing to meet standard guidelines.

KEBS Managing Director Charles Ongwae said water producers in the country will now be required to indicate source of their bottled water on their labels in new regulations aimed at improving safety of bottled drinking water.

Addressing water manufacturing stakeholders on bottling water regulations, Ongwae warned that KEBS will consider stiff penalties for the sector like in the case with alcohol if they fail to comply with the new laws.

The KEBS boss was speaking during a water sensitization workshop attended by more than 300 water stakeholders to update them on the new directives on water bottling standards.

Ongwae further warned that water bottling firms that fail to meet standards will be shut down, including those that re-use water bottles putting the lives of consumers at risk.

Two days ago, KEBS expressed concern over the high number of illegal and unlicensed water-bottling companies in the country.

According to KEBS, there are  600 legalized water-bottling plants in the country but the number of illegal ones could be higher than that.

Following the revelation, the government agency listed water among the list of high risk products in the country.

Ongwae said plans were at an advanced stage to introduce a local secured standardization mark.

He noted that the mark would help consumers differentiate between local and import water and also lock out sub-standards goods.

“We shall have a meeting with players in the water-bottling sector on Wednesday to discuss the future of the industry and ensure that standards are met,” he said.

Ongwae was speaking at Simba Lodge in Naivasha during a two day workshop for media personnel on the organization performance and fight against sub-standard goods.

In a bid to curb the importation of sub-standards and counterfeits products, the MD said that an inter-agency committee had been formed.

“We need to observe standards as they facilitate trade and they protect the consumers against harmful products,” he said.

He said that the secured import standardization mark which was launched in November last year would come into effect on the 1st of July as planned.

Ongwae noted that the new mark from KEBs targeted imported goods adding that it would help manage sub-standard imports.

The MD said that the agency was committed to addressing the issue of sub-standards and counterfeits in the country noting that the country was losing millions due to the imports.

“We have introduced the SMS programme where a consumer can easily know the validity of a certain product through the use of a mobile phone,” he said.

Ongwae at the same time issued a warning to importers of goods who delayed in collecting them from the Port that they faced hefty fines.

“If the imported goods do not comply with the Certificate of Conformity, the owner shall have to re-ship them or we shall destroy them at his own cost,” he said.