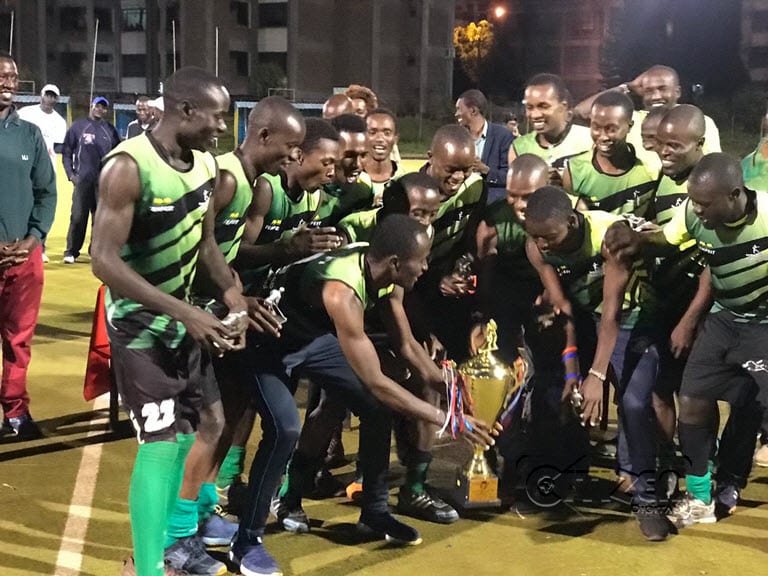 After sealing a berth to next year’s Africa Cup for Club Championships, Wazalendo Hockey Club are already plotting for the continental tournament.

Wazalendo sealed the second spot in the men’s Premier League yesterday after edging Kenya Police 3-2 in a thriller at the City Park.

With all the four Kenyan teams that were set to participate in this year’s event having pulled out due to financial constraints, head coach Fidhelis Kimanzi is optimistic his team will grace the annual tournament next year.

“Qualification for the tournament was our motivation this season. Wherever the competition will be held next year we are optimistic we will participate. We are going to start the program and engage with our management in a bid to look for finances and definitely we will be there,” said Kimanzi.

At the same time, Kimanzi has hailed his youthful charges for a stellar season that saw them finish second behind champions Butali Sugar Warriors with 36 points after accumulating 11 wins, three draws and four losses.

“Throughout the season we played very well. We were determined and also, I can say the boys have come of age where they are playing very well,” he said.

Meanwhile, Sikh Union and Parklands were both relegated from the men’s premier league as Jomo Kenyatta University of Agriculture and Technology faced the cut in the women’s league.