Tusker held, Leopards capitulate like a house of cards 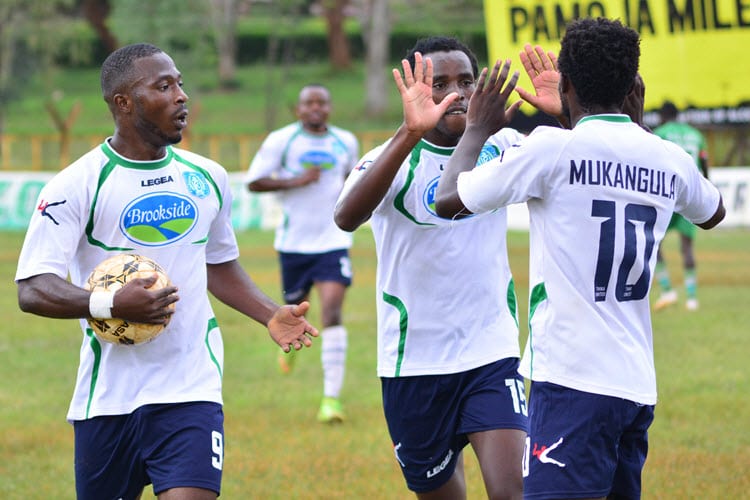 AFC Leopards failed to rise to the occasion when it mattered, losing 2-0 to a relentless Nzoia Sugar in a Kenyan Premier League match at the Mumias Complex on Wednesday.

Ingwe buoyed by their recent heroics in the GOtv-Shield were widely expected to prevail but could not muster the bravery to win the match, capitulating like a house built on quick sand.

Lawrence Juma opened the scores for Nzoia, dinking past the advancing Gabriel Andika in Ingwe goal before Brian Yakhama rifled in the winner to deflate the big cats.

At the Afraha Stadium in Nakuru, hosts Ulinzi Stars settled for a disappointing one -all- draw with visiting Kariobangi Sharks.

The William Mluhya coached Sharks put their best foot forward when speedy striker Ibrahim Kitawi caught Ulinzi defence flat footed with a fast time shot past goalkeeper Timothy Odhiambo.
But it is a goal goalkeeper Odhiambo will rue for a long time as he misjudged the tricky shot to be off the target before it shook the net behind his back.
The soldiers regrouped in the 36th minute when defender Omar Mbongi lifted a high rising corner kick which was firmly headed home by Samuel Onyango who scored his sixth goal of the season.
Kariobangi Sharks should have doubled the scores in the 43rd minute when Choka Masoud  with only goalkeeper Timothy Odhiambo he fired wide.
Coach Benjamin Nyangweso introduced Churchill Muloma and Justine Onuonga for Oliver Ruto and Daniel Waweru a move that hardly changed the attacking pattern of the misfiring soldiers.
On the opposite side, Mluhya brought in Mathew Tayo, Cavin Odongo and Francis  Manoa for Ibrahim Kitawi, Duke Abuya  and Ovella Ochieng’ but the substitution remained flat.

Humphrey Mieno fired the brewers to the lead at the stroke of half- time, capitalizing on a rebound from a corner, but Chemelil were unrelenting, equalizing from the spot in the second half.

Collins Shivachi had an awful afternoon handing in the box, and Kyata Asmani had the simplest of tasks, stepping up to drill home, sending the ageless custodian Duncan Ochieng the wrong way.