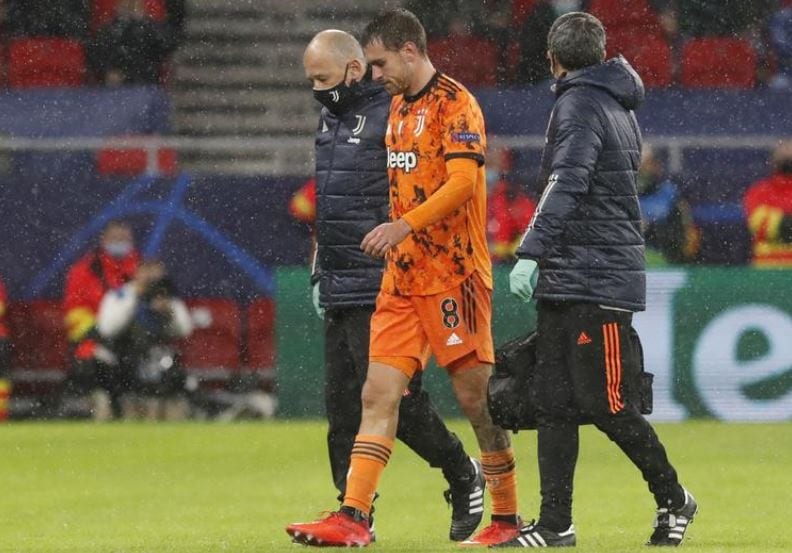 Wales midfielder Aaron Ramsey has withdrawn from the squad for their three international games this month due to a thigh injury, the Football Association of Wales said on Thursday.

Ramsey, 29, was named in Wales’ 29-man squad earlier on Thursday, but pulled out after a scan confirmed an injury he sustained during his club Juventus’ 4-1 Champions League win at Ferencvaros on Wednesday.

“Aaron Ramsey was subjected to examinations this morning, which revealed a low-grade injury to the rectus femoris muscle of the right thigh. In 10 days it will be re-evaluated again,” Juventus said in a statement.

Ramsey will miss Wales’ international friendly against the United States next Thursday and their Nations League games at home to Ireland on Nov. 15 and Finland three days later.

Meanwhile, forward Gareth Bale returned to the squad after missing the October internationals due to a knee injury he picked up in their 1-0 win away to Bulgaria in September.

Wales assistant coach Robert Page will take charge of the team for the three fixtures in the absence of head coach Ryan Giggs, who will not be involved with the camp amid allegations of assault. Giggs has denied the allegations.

Wales are at the top of Nations League B Group 4 with 10 points from four games, followed by Finland in second on nine points. Ireland are third with two points while Bulgaria are bottom with one.