Pellegrini purrs over De Bruyne ahead of PSG clash 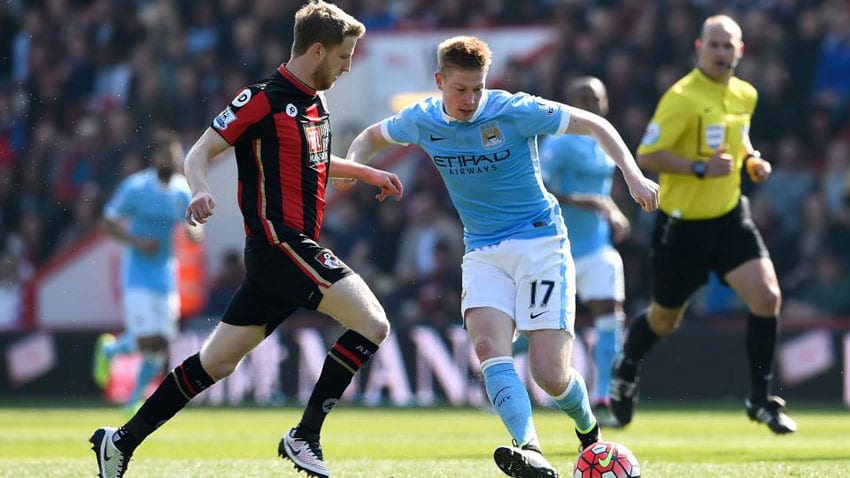 De Bruyne scored a brilliant goal and dazzled throughout his first appearance since sustaining medial knee ligament damage at the end of January.

City’s record signing has tended to feature in wide attacking positions since joining from Wolfsburg in August but he was deployed as the most advanced of an attacking midfield three behind fellow goalscorer Sergio Aguero on the south coast, with Pellegrini keen to limit De Bruyne’s defensive duties during a 57-minute appearance.

“He’s a very important player. I think that before he was injured he made very good performances,” Pellegrini told a post-match news conference.

“He was one of the players that scored more goals and was playing very well. It was unlucky for him to have that injury for about two months.

“He returned and demonstrated what a good player he is. He scored one and I think playing forward near Kun [Aguero] gave him a little bit more space so he did not have to work so hard as a midfielder because after two months it is not easy for him to have good pace.

“No [I wasn’t surprised by his performance] because he is a very technical player. He worked for the last 10 days with complete normality.

“I was sure that he was going to retain [form] the same way that he finished before his injury.”

De Bruyne’s return and a resounding win acted as fine preparation for City’s visit to Paris Saint-Germain in the quarter-finals of the Champions League on Wednesday, although Pellegrini insisted his priority was three points to stem a slump of one win from six matches that effectively ended his team’s Premier League title bid.

“The most important thing was to focus just on this game, that was the best way to prepare for a very important game in the Champions League.

“We had to try to return to our style of play, to try to recover the normal performance of the important players and I think that was a very important thing today.

“We played very well, especially in the first 45 minutes when we pressed high again, recovered a lot of balls and scored three beautiful goals.”