Nock, Ministry of Sports sign MOU ahead of Olympics 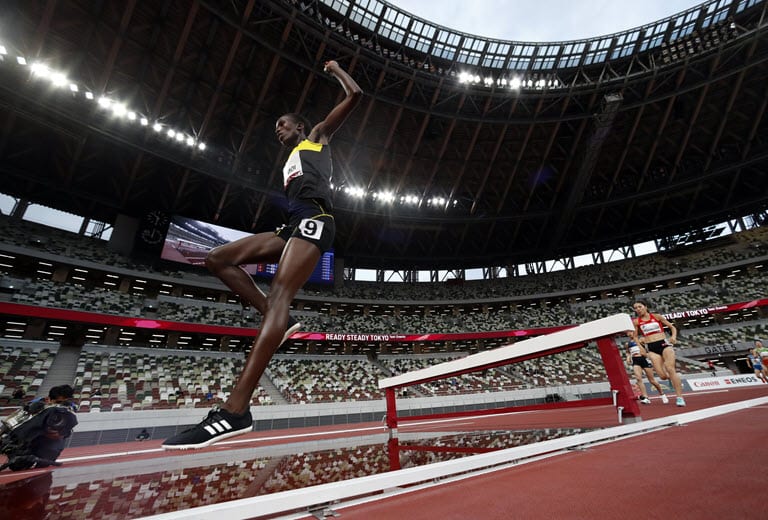 Kenya’s Olympics Committee and the Ministry of Sports, Culture and Heritage have signed a Memorandum of Understanding towards the Tokyo 2020 Olympics.

The MOU sets the cooperation and collaboration between the National Olympics body and the Ministry, ensuring that there are smooth, well-defined roles by the two institutions with the view to deliver successful Kenyan athletes’ participation in the Games.

The Government, through the Ministry has fully funded the preparations, including the Qualifications process and eventual participation of Team Kenya at the prestigious quadrennial global sports extravaganza in Tokyo that will run from July 23rd to August 8, 2021.

“This is being done as part of the promise we made when we moved into the Ministry, that we are going to make all our processes, systems and all structure put in place, transparent & collaborative, and to make sure that there is a clarity of roles,’’ said Sports CS Amb. Dr. Amina Mohamed during the ceremony held at Moi International Sports Centre Kasarani.

“The standards have been set and I want to thank CS Amb. Amina and PS Mr. Joe Okudo for not only showing but also leading the way with professionalism,” assuring good results, NOC-K 1st vice-President Mr. Shadrack Maluki says.

The ceremony that was done on the sidelines of the just concluded Athletics National Olympics trials at Kasarani was witnessed by the Cabinet Secretary for Sports, Amb. Dr. Amina Mohamed, the Principal Secretary, State Department of Sports, Mr. Joe Okudo, Executive Members from Olympics Kenya; led by the 1st vice-President, Mr. Shadrach Maluki, on behalf of President Paul Tergat alongside the Ag. Secretary General, Mr. Francis Mutuku and President of the Kenya National Paralympic Committee, Ms. Agnes Oluoch.