Mwalala reaps the rewards of a bumper season 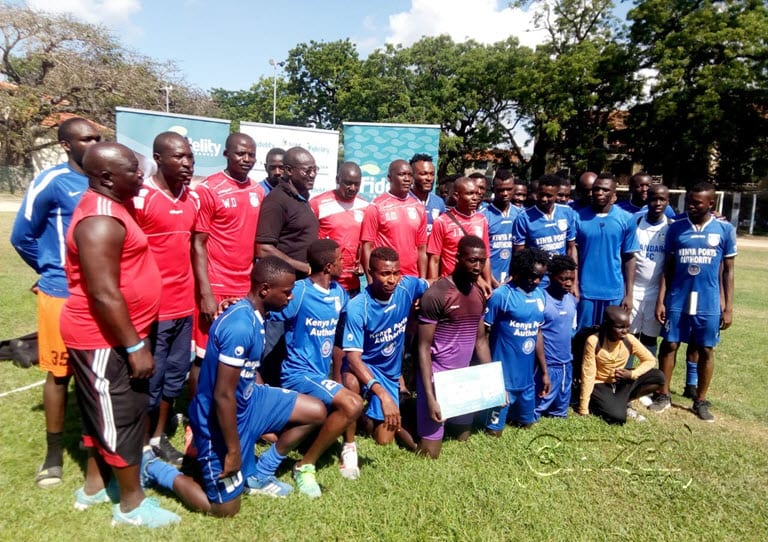 Bandari FC tactician Bernard Mwalala was on Monday belatedly feted as SJAK Coach of the Month for August after collecting maximum points that month to steer the coastal Kenyan Premier League side to second place on the log.

Mwalala was voted unanimously by the Sports Journalists Association of Kenya (SJAK) Football Commission after going unbeaten that month, winning all the four games to bag the 12 points available.

For his effort, he was rewarded with Ksh75, 000 and a personalized trophy courtesy of title sponsors Fidelity Insurance.

“Belief of players really helped us succeed that month. We had difficult matches but thanks to hard work from my players we won all and did better which helped us finish second in the league,” a jovial Mwalala said after receiving the award at their Mbaraki Sports Club training base.

To win the gong, Mwalala, who joined the dockers in mid-season from Nzoia United, started the month with a 3-1 victory away to Posta Rangers, then broke giants Gor Mahia’s unbeaten run by handing the champions a 2-1 beating, went on to beat Tusker FC 1-0 away before winding the month with a 1-0 win over his former employers Nzoia at the Mbaraki Stadium in Mombasa.

“Breaking Gor Mahia’s unbeaten run was the turning point to us, when they came here they were on top, winning CAF matches and I told my boys not to concentrate on breaking their unbeaten record but to pick maximum points and reduce the gap within them,” Mwalala added.

With the new season just weeks away, Mwalala says he is lucky not to lose his regular players during the transfer window as he targets getting wins in the opening five matches.

“Our strategy this season is to win the opening five matches then put target thereafter. We were lucky not to lose any player from first team so it will be easy for me to continue from where I left.”

Mwalala has already roped in keeper Mustafa Oduor and defender Brian Otieno – all from his former side Nzoia – as well as Moses Mudavadi from St Anthony High School.