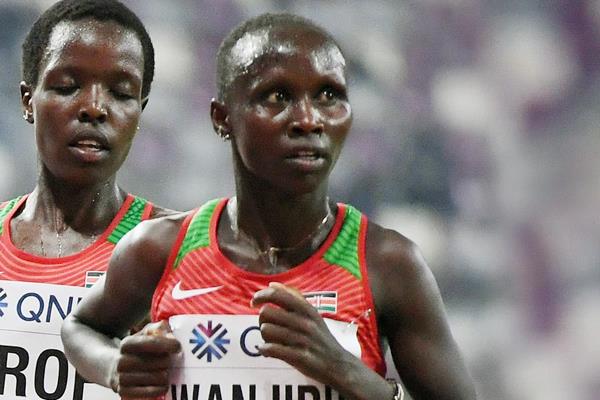 Ten days after opening her 2020 track campaign with a 5000m win in Fukagawa, Kenya’s Rosemary Wanjiru was once again victorious, this time over 10,000m, on Wednesday (15) in Abashiri at the third meeting in the Hokuren Distance Challenge series.

The 25-year-old finished 45 seconds ahead of her nearest rival, Japan’s Mao Ichiyama, to win in 30:38.18, just three seconds shy of the PB she set when finishing fourth over the distance at last year’s World Championships in Doha.

Wanjiru led from the outset and after just a couple of laps had only two other women for company: Japan’s Mao Ichiyama and Mizuki Matsuda. After covering the first kilometre in 3:08, Wanjiru started to gradually increase the pace.

Ichiyama, who earned selection for Japan’s Olympic team after winning this year’s Nagoya Marathon in 2:20:29, started to lose contact with Wanjiru about 10-and-a-half minutes into the race. Wanjiru, meanwhile, was locked into 3:04-3:05 kilometre pace, reaching the half-way point in 15:24.

She covered the second half even quicker and, increasing her winning margin with each lap, crossed the finish line in 30:38.18. Needless to say, in a year with very few competitions, Wanjiru’s time is a world-leading mark. Although it was close to her track PB, Wanjiru has clocked 29:50 – the third-fastest time in history – on the roads.

Running alone for the final six kilometres, Ichiyama held on to second place and was rewarded with a PB of 31:23.30.

Jonathan Ndiku, best known for his steeplechase exploits, won the men’s 10,000m ‘A’ race in 27:23.47. The two-time world U20 steeplechase champion finished comfortably ahead of fellow Kenyans Alexander Mutiso (27:44.37) and Richard Kimunyan Yator (27:49.35). Yuma Hattori, who has also been named on Japan’s Olympic marathon team, was fourth in 27:56.32, taking 13 seconds off his PB from five years ago.