Gor to face Ahly Merowe of Sudan in CAF Confed

By Luqman Mahmoud For Citizen Digital 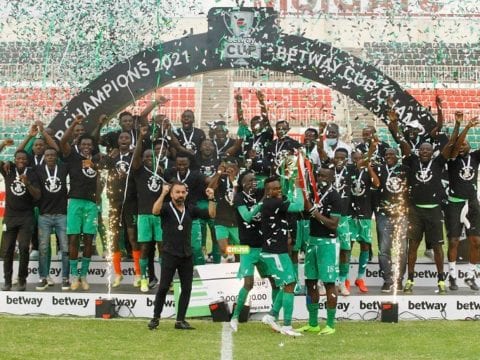 Kenyan giants Gor Mahia will hunt for a CAF Confederations Cup group stage slot when they play against Al Ahly Merowe of Sudan in the second preliminary round next month.

Being among the top ranked teams, Gor were given a direct chance to the second round of the annual tourney.

The Sudanese outfit dispatched their neighbours Atlabara of South Sudan in the first preliminary round by a 4-0 aggregate win, winning 2-0 in each leg to sail into the next round.

K’Ogalo will start their first leg away at Al-Ubayyid Stadium on October 15, with the second leg set to be played a week later at Nyayo Stadium in Nairobi.

K’Ogalo will start their first leg away at Al-Ubayyid Stadium on October 15, with the second leg set to be played a week later at Nyayo Stadium in Nairobi.

Last season, Kenya missed a representative in the Confederations Cup after the league was halted mid-way due to the Covid-19 pandemic.

Another Kenyan representative in the continental tournaments Tusker FC will be out to prove their supremacy when they tackle Egyptian giants Zamalek in the first round of Champions League.

Tusker who defeated AS Solar 7 of Djibouti 4-1 in aggregate will start at home in the weekend commencing of October 15 and the return leg  set for a week later will in Egypt.

The Robert Matano coached side were held to a 1-1 away in Djibouti before winning by three goals to nil in the second leg.

The two Kenya flag bearers; Gor Mahia and Tusker will befacing each other tomorrow in a FKF Super Cup match in Thika Stadium in a curtain raiser for the FKF Premier Leagueseason which kicks off over the weekend