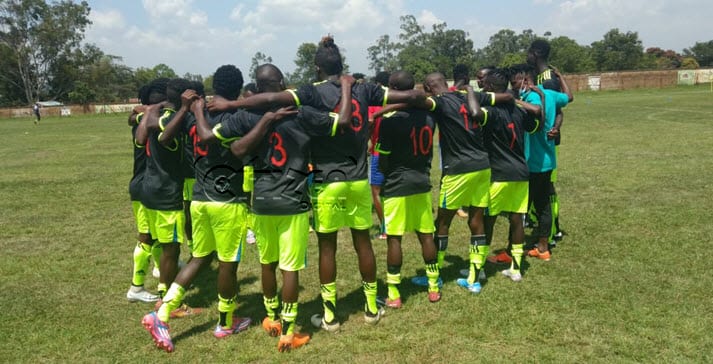 National Super League (NSL) side Fortune Sacco’s promotion ambitions could be derailed after a section of its Nairobi-based players staged a go-slow over what they say is preferential treatment and poor remuneration by the club’s administration.

The team’s lackluster performances have seen them register back-to-back losses against Vihiga Bullets and APS Bomet since the league restart while dropping to seventh on the log despite their bright start to the season that earmarked them as among the promotion contenders.

One of the Fortune Sacco players who spoke on condition of anonymity accused the administration of favoritism, low pay, and running the club unprofessionally.

“The team has found it hard to win especially in our last two games that we have lost.

“We, the Nairobi-based players refused to train because we feel the administration is not taking care of our interest.”

The aggrieved players say they receive meager pay despite the team receiving monies from the league sponsors every month.

“At the moment we have no platform to air our grievances and also our plight is exacerbated by the fact we do not have valid contracts that can be used to defend us,” he added.

However, club secretary Julius Kariuki has refuted the claims terming them as unfounded lies. He says the administration looks after their welfare as expected.

As the administration, we have targets for our team and we understand the players are integral to these ambitions.

“There is no way we can mistreat our players and expect them to perform.

“The Nairobi-based players refused to relocate and move closer to the club, something that could have helped them save on rent.

“All I can say is that they are emotional and to a great extent disrespectful of what we do as the administration.”

Kariuki has urged the aggrieved players to use the right channels to air their concerns adding that the administration will help them out where necessary.