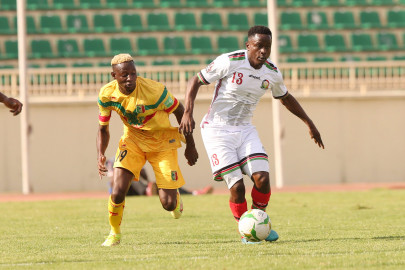 He singled out Deputy President Dr. William Ruto and ODM party leader Raila Odinga who are self-proclaimed Arsenal fans, adding he would love to see them use their influence to help grow some love for Kenyan clubs.

His sentiments come off the back of the national team Harambee Stars’ 6-0 aggregate drubbing by Mali during their two-legged World Cup qualifying matches.

The FKF President Nick Mwendwa has been the most hit in the blame game for how he handled the Kenyan national team coaches in the firing and hiring spree with political leaders now being dragged in.

In an interview on Citizen TV on Tuesday night, the former CJ submitted that football is great but insisted we don’t have to support foreign teams that “don’t mean anything to us.”

He has added that it is also appalling to realize that many Kenyans do not know the current Harambee Stars captain (Michael Olunga) yet they know much about Premier League clubs.

“Soon they are going to divide the youth on the basis of foreign teams that don’t mean anything to us.

Football is great, but we don’t have to support foreign teams. Ask a lot of people who is the captain of Harambee Stars, they don’t know!” Mutunga underscored.