A fortnight to the 2021 African Cup of Nations (AFCON) qualifier pitting Kenya and Comoros, uncertainty hangs over the fixture with a horde of factors signaling a possible postponement.

The conundrum surrounding the fixture has been underlined by the fast spreading coronavirus in Asia and Europe, where most of the players supposed to feature for both teams ply their trades.

Being a Confederation of African Football (CAF) match, Football Kenya Federation (FKF) on Friday wrote to the continental football governing body seeking advice in the wake of the government ban of all international conferences as a mitigation measure against corona.

Notably, 12 players of the Comoros team feature in French clubs, a country currently ranked the fifth most affected by the enigmatic global menace with over 1,200 cases.

France is also the second most hit European country after Italy, meaning the government of Kenya would be more concerned with the arrival of visitors from such a country having already imposed a ban of international conferences within the match window.

Kenya is also set to miss lead striker Michael Olunga who plays Kashiwa Reysol, whose J1 league is currently suspended by the Japanese authorities as a precaution for corona spread.

Not only head coach Francis Kimanzi would be disturbed to face a fast rising Comoros without his most valuable striker, but the fans who understand the flavour he adds into the team.

Citizen Digital understands there was a consideration for Algeria based Masoud Juma to fill Olunga’s void when it became apparent the former Girona striker would be unavailable, only for Algeria to emerge as the second most affected African country so far.

Egypt tops the African charts with the most corona cases, where midfielder Cliff Nyakeya plays. European countries such as Belgium, Sweden and England where the likes of Johanna Omollo, Eric Johanna, Eric Ouma, Joseph Stanley Okumu and Ayub Timbe are based have lately announced strict measures meant to curb the virus spread, meaning movement in and out of the countries would attract stringent scrutiny from the relevant authorities and concerned clubs.

Noteworthy is the case of isolation that Manchester United striker Odion Ighalo was subjected to after arrival from China during the January transfer window, even before the corona threat had hit the ceiling.

A source privy to mitigation measures FKF is keen to employ told Citizen Digital there was a possibility of the match being staged outside the country, preferably Uganda where international meetings have not been banned. 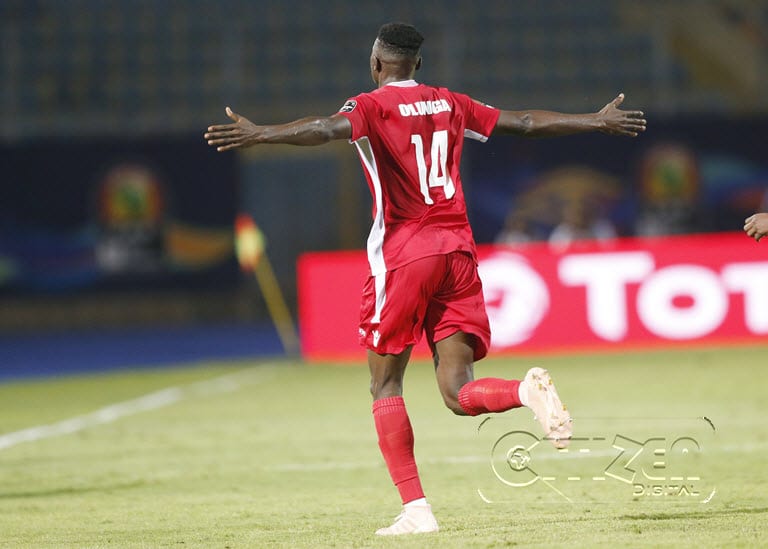 “CAF are also in distress as their calendar will be badly affected if the forthcoming FIFA window passes without some matches. Of course it is a threat everywhere and everybody would welcome any move for the welfare of the players and all stakeholders, but the ideal situation would be things moving as initially planned. It is possible therefore, that if a thought of playing in a neighbouring country is raised, we end up playing in a country like Uganda,” intimated the source.

CAF on Friday announced guidance on the way forward regarding the forthcoming competitions vis-à-vis specific countries would be communicated duly.

“We are not extremely worried but remain vigilant with regards to the future matches and tournaments such as the CAF Champions League, CAF Confederation Cup and the final tournament of the Total African Nations Championship (CHAN) scheduled to take place in Cameroon from 4-25 April 2020.

“…if the situation requires and in agreement with the countries concerned, matches behind closed doors, postponements or even cancellations are envisaged. In the meantime, an advisory to the actors of the game is being promulgated in conformity with the guidelines from the World Health Organisation (WHO),” read a CAF’s statement.

Meanwhile, Kimanzi’s local based squad has on Tuesday continued with preparations for the match, for the second day running at the Moi International Sports Centre Kasarani.

On Monday, Kimanzi was calm despite the corona uncertainty, with 16 players hitting the ground running.

“We thank the local clubs for releasing the players to enable early preparations ahead of the match. We expect the foreign based ones to join them in the next two weeks,” said Kimanzi.

Kenya will need to defeat Comoros who lead Group G with four points, in a bid to qualify for the continental fiesta in two seasons in a row.

Countries like Italy have been literally locked down due to the virus threat, where hundreds of African players, some expected to play for their nations in the various qualifiers,  are based.