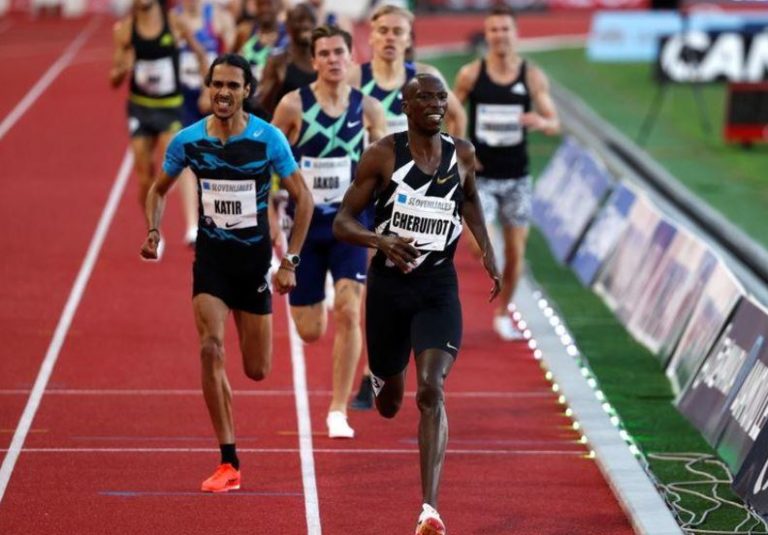 Timothy Cheruiyot, a late addition to the Olympic team after initially failing to qualify, is sharpening his preparation as he looks to win gold at his first Games at Tokyo 2020, his coach Bernard Ouma has said.

The reigning 1,500m world champion struggled at last month’s Kenyan trials, which can sometimes be more competitive than the Olympics themselves.

He finished fourth, missing the cut to compete in Tokyo and conjuring memories of his failure to qualify for the Rio Olympics five years earlier.

Cheruiyot, 25, said later he had been grappling with an injury and a relative close to him had died the day of the Kenyan trials, factors that contributed to his sub-par performance.

“On a podium, people see athletes, others see machines that are running and have to be position one. At the back of my mind as a coach, I see a human being with social challenges as well, the family perspective and personal as well,” he said.

Cheruiyot’s Olympic dream was revived after Kamar Etyang, who finished second at the trials, was dropped from the team for not meeting World Athletics anti-doping testing requirements.

Cheruiyot, a three-time Diamond League champion, was next man up.

“He has just been called to the team, that excitement is there,” Ouma said.

Following the disappointment at the Kenyan trials, Cheruiyot bounced back impressively, winning the Diamond League meet in Stockholm. He followed that up with a terrific victory in Monaco, with a world-leading time of 3 minutes and 28.28 seconds.

“He is happy with the performances, what we are doing is sharpening now,” Ouma said. “Championships are tough, because you’ve got the heats, semis and finals.

“So far, we are in good shape, just maintaining to take us through…Everything we are doing now is work backward towards retaining the same shape.”

Cheruiyot is scheduled to arrive in Tokyo on July 30 as Team Kenya tries to manage preparations while factoring in Japan’s sweltering heat.

On Wednesday, the country’s weather bureau issued heat-stroke alerts for a fifth consecutive day, emphasising the challenge teams will face at the tournament.

“We are factoring in the effects of the weather conditions, some athletes will be arriving closer to their races,” Ouma said in a phone interview from the Japanese city of Kurume, where Team Kenya has set-up camp.

But the goal is clear for Cheruiyot, Ouma said.