Chapa Dimba all-star team unveiled ahead of trip to Spain 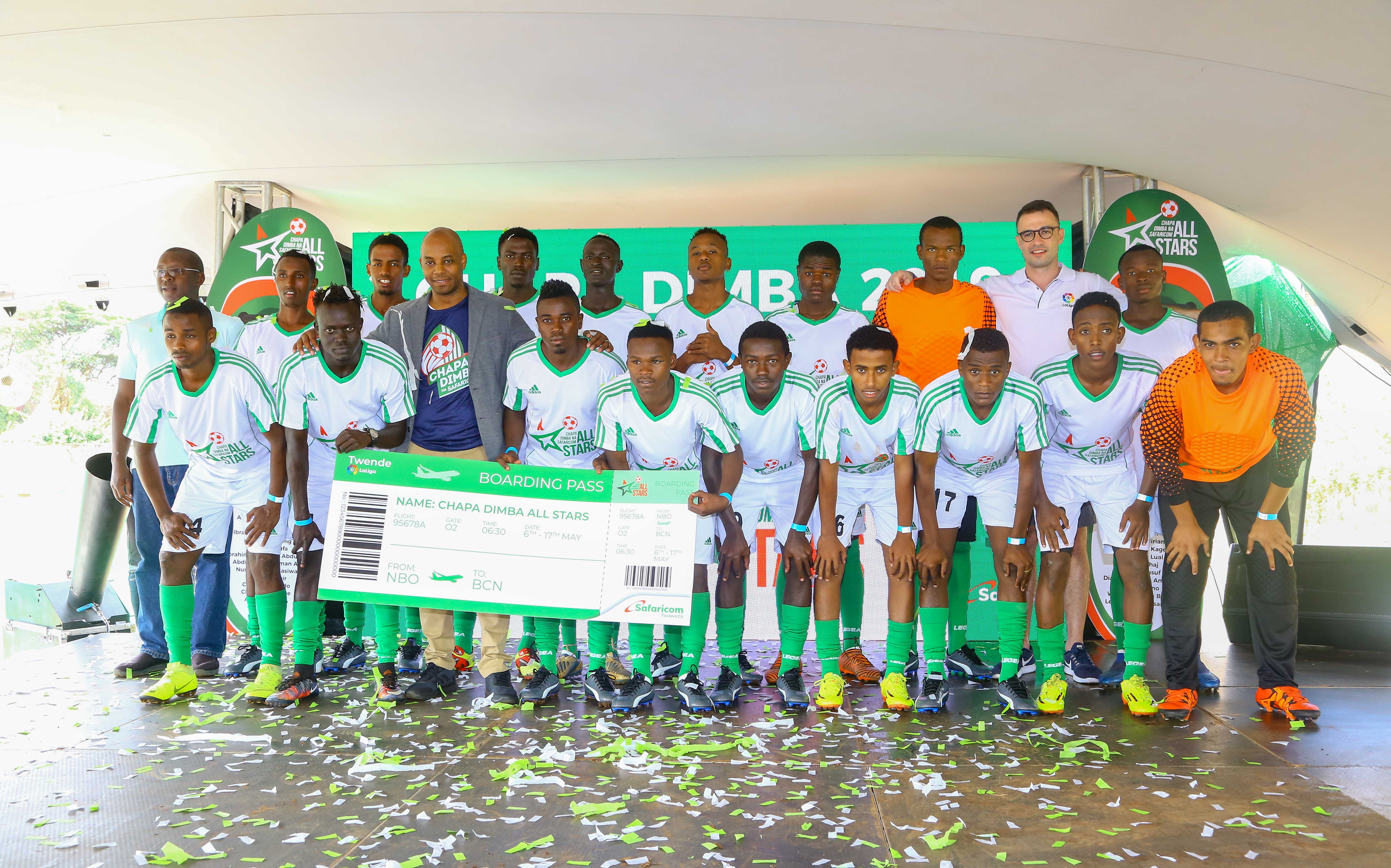 The Chapa Dimba Na Safaricom all-Star team that will attend a training camp in Spain was unveiled today in a ceremony held at Ligi Ndogo Grounds, Nairobi.

The team consists of 32 of the best players – 17 boys and 15 girls –  scouted from across the country during the eight regional finals.

The players leave Nairobi on May 6 to Catalonia Spain, to meet La Liga coaches for a ten-day training camp.

“We believe in creating exceptional experiences for young people. We trust that travelling to another country, meeting people from around the world and learning through new challenges is a crucial part of developing Kenyan football. The experiences that these players will get are unique, different and unforgettable. We wish them the very best as they scale up their football careers,” said Steve Chege, Chief Corporate Affairs Officer, Safaricom.

During their stay in Spain, the team will play against the local youth sides, watch a live match between Barcelona and Gatafe on 12th April at Camp Nou and have an opportunity to tour the cosmopolitan capital of Spain, Barcelona which is known for its art and architecture.

“I am so thrilled to be part of this life time experience. I always dreamed of seeing Lionel Messi live in action and never imagined it will one day come to pass. The skills I am set to acquire from the training camps will definitely boost my football prowess. The exposure and the thrill of being in a plane for all those hours are a dream come true,” said Jane Njeri, member of the All-Star team and a striker for Barcelona Ladies from Laikipia.

Two coaches will accompany the players – Pauline Awuor of Acakoro Ladies and Ted Amumala of Lugari Blue Saints. The two were selected through a draw conducted on April 28 at Gymkhana Grounds during the Nairobi regional finals.

Upon their return from Spain, the players will rejoin their clubs and share experiences with their teammates as they prepare for the Chapa Dimba Na Safaricom national finals set for Meru in June where the winning boys’ and girls’ teams will each walk away with Ksh 1 million shillings in prize money.

The teams that will play in the national finals include South B United and Acakoro Ladies from Nairobi, Berlin FC from Garissa, Euronuts and Barcelona from Central region, Mombasa’s Shimanzi youth and Changamwe ladies, Kajiado’s Al Ahly and Kitale Queens from Rift Valley, Bishop Njenga Girls and Lugari Blue Saints from Western, Manyatta Boys and Ndhiwa Queens from Nyanza as well as Super Solico and St Mary’s Ndovea from Eastern region.