Who is this man Pope Francis? A Biography 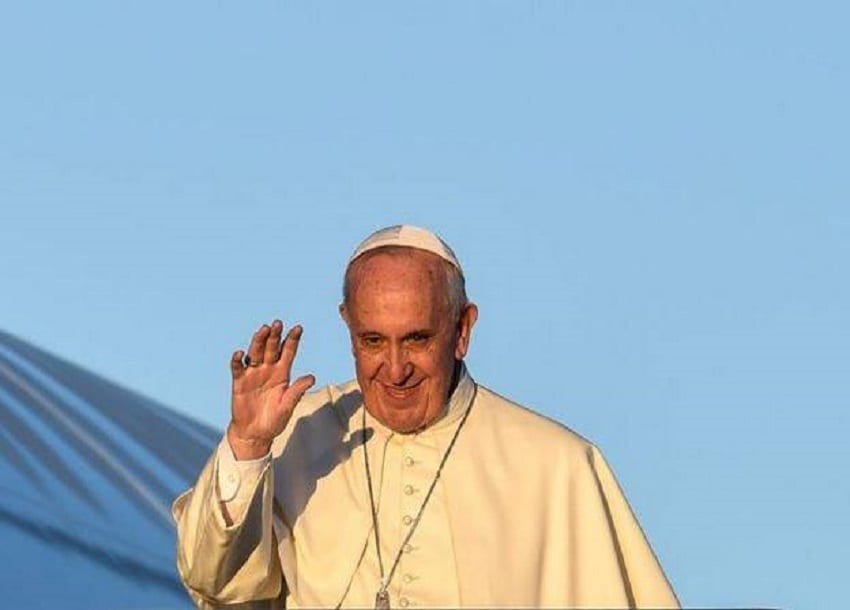 Jorge Mario Bergoglio was born in Buenos Aires, Argentina on December 17, 1936, to Italian immigrants. As a young man, Bergoglio underwent surgery to remove part of one of his lungs due to serious infection.

He graduated from a technical school as a chemical technician before beginning training at the Diocesan Seminary of Villa Devoto. In March 1958, he entered the novitiate of the Society of Jesus.

Bergoglio taught literature and psychology at Immaculate Conception College in Santa Fé in 1964 and 1965, and also taught the same subjects at the Colegio del Salvatore in Buenos Aires in 1966.

He studied theology and received a degree from the Colegio of San José from 1967 to 1970, and finished his doctoral thesis in theology in Freiburg, Germany in 1986.

Ordained as a priest in December 1969, Bergoglio began serving as Jesuit provincial of Argentina in 1973. He has said that initially, his mother did not support his decision to enter the priesthood, despite the fact that she was a devout Catholic.

By the time he was ordained, however, she accepted his calling and asked for his blessing at the end of his ordination ceremony. He later returned to his alma mater, the Colegio of San José, where he served as rector (1980-86) as well as a professor of theology.

On May 20th, 1992, Bergoglio was named titular bishop of Auca and auxiliary of Buenos Aires; he was ordained into that post a week later.

In February 1998, he became archbishop of Buenos Aires, succeeding Antonio Quarracino. Three years later, in February 2001, he was elevated to cardinal by Pope John Paul II.

In 2005, he was named president of the Bishops’ Conference of Argentina, serving in that position until 2011.

On March 13th, 2013, at the age of 76, Jorge Bergoglio was named the 266th Pope of the Roman Catholic Church – becoming the first citizen from the Americas, the first non-European and first Jesuit priest to be named pope, and adopting the name Pope Francis (he took the title after St. Francis of Assisi of Italy).

The tone of his Papacy

The tone of his papacy, which has become admired globally, was established long before his elevation to the church’s highest position; however, when he was named to that post, the media quickly picked up on stories of his humility.

News circulated about the fact that he returned to the boarding house where he had been staying to pay his bill personally, rather than send an assistant, and that he would choose to live in a simple two-room apartment rather than the luxurious Papal accommodations in the Vatican’s Apostolic Palace.

In choosing to live more simply, Pope Francis broke a tradition that had been upheld by Popes for more than a century.

Addressing a crowd of tens of thousands in St. Peter’s Square, in the Vatican City in Rome, Italy, after his selection by the conclave, Pope Francis stated; “As you know, the duty of the conclave was to appoint a bishop of Rome. It seems to me that my brother cardinals have chosen one who is from far away. . . . Here I am. I would like to thank you for your embrace.”

It was not long after assuming the Papacy that Pope Francis began offering more nuanced views and interpretations on key social issues about which the church holds pronounced doctrinal views.

Pope as Spiritual and World leader

In September 2013, Pope Francis called for others to join him in praying for peace in Syria. The Pontiff held a special vigil in St. Peter’s Square on September 7th, which was attended by an estimated 100,000 people.

The Pope implored those involved in the conflict to find a peaceful solution. “Leave behind the self-interest that hardens your heart, overcome the indifference that makes your heart insensitive towards others, conquer your deadly reasoning, and open yourself to dialogue and reconciliation.”

Pope Francis in an interview explained that religious dialogue must be broader in scope, not simply focused on such issues as homosexuality and abortion.

Pope Francis on Women in the Church

While he does not believe women should be ordained as priests, Francis considers women an essential part of the church.

“The feminine genius is needed wherever we make important decisions,” he said.

Pope Francis prefers a church that is bruised, hurting…

“I do not want a Church concerned with being at the center and then ends by being caught up in a web of obsessions and procedures.”

In December 2013, Pope Francis was named Person of the Year by Time Magazine.

Other Popes receiving this honor were Pope John Paul II and Pope John XXIII, the only other popes to be awarded the title in 1994 and 1963, respectively. The deciding factor that led to Pope Francis landing this honor was his ability to alter the minds of so many people who had given up on the Catholic Church in such a short period of time.

Pope Francis is widely travelled and continues to captivate the minds and hearts of many wherever he goes with his simplicity, clarity and focus on matters of the Catholic faith and social issues.