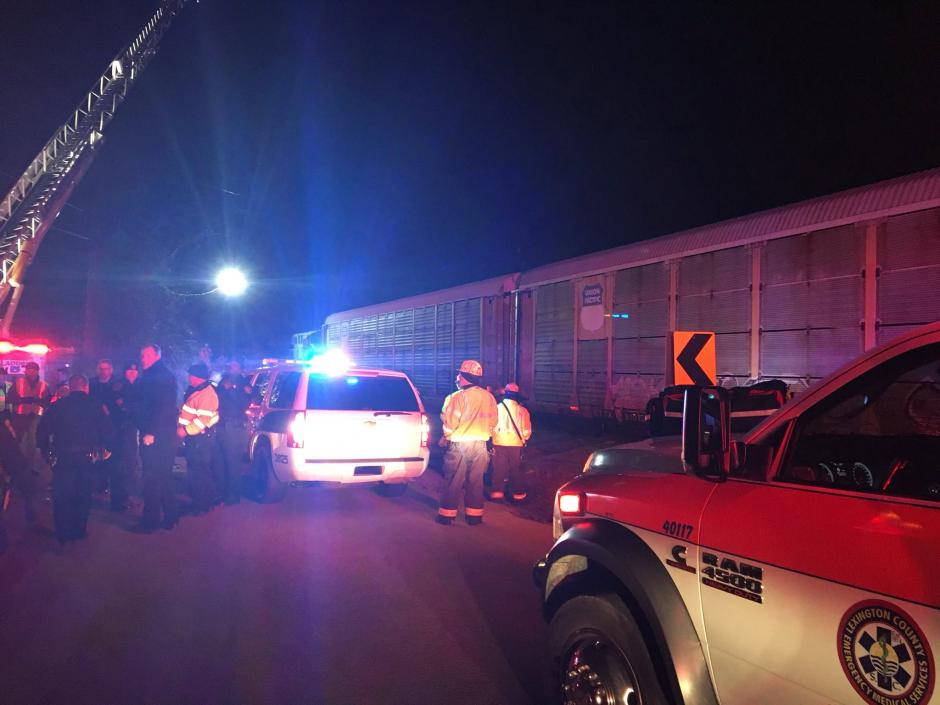 An Amtrak passenger train collided with a CSX Corp freight train near South Carolina’s state capital on Sunday, killing at least two people on board and injuring at least 70 in the railroad’s third fatal crash in as many months.

Amtrak Train 91 was carrying 139 passengers and eight crew members to Miami from New York when it hit the freight train at about 2:35 a.m. local time (0735 GMT) and derailed, injuring at least half its passengers, the railroad said in a statement.

“The lead engine was derailed, as well as some passenger cars,” the statement said.

The passenger train’s locomotive was lying on its side, and the first car was bent and also derailed, although it remained upright, according to images from the scene in the small city of Cayce, South Carolina. At least four cars of the freight train were crumpled, looking like crushed tin foil, but remained on the tracks.

The passenger train was part of Amtrak’ Silver Star Service, and the wreck occurred about 5 miles (8 km) southwest of Columbia, the state capital. Local media said some 5,000 gallons of fuel leaked as a result of the collision, but authorities said it was under control and no threat to public safety.

“The injuries range from cuts and bruises to severe broken bones,” said Derrec Becker, public information officer for the South Carolina Emergency Management Division. “All the injured have been transported to local hospitals.”

U.S. President Donald Trump was getting regular updates on the crash while at his resort in Palm Beach, Florida. “Our thoughts and prayers are with everyone that has been affected by this incident,” said a White House spokeswoman.

One priority is recovering data recorders from the Amtrak train that will indicate its speed upon impact, National Transportation Safety Board Chairman Robert Sumwalt told Fox News. NTSB investigators were headed to the scene.

The Lexington County Sheriff’s Department said a shelter for passengers was set up at a nearby middle school. Everyone was off the train, and the Red Cross was assisting them, the department said on its website.

Derek Pettaway, a passenger in one of Train 91’s rear carriages, told CNN he was sleeping as he headed for Orlando but was awakened by the impact. He said the crew came through the cars “really quickly” and got everybody off the train.

“Nobody was panicking,” said Pettaway, who was discharged from a hospital with minor whiplash. “I think people were more in shock than anything else.”

Officials from Amtrak and the sheriff’s department were not immediately available for comment.

By midmorning, fire and emergency personnel had scaled back their presence at the scene, but law enforcement and Amtrak officials remained there, Harrison Cahill, a spokesman for Lexington County, told Reuters.

In December, three people were killed when an Amtrak passenger train derailed in Washington state. In late January, an Amtrak train carrying Republican members of the U.S. Congress killed one person in a garbage truck with which it collided in Virginia.