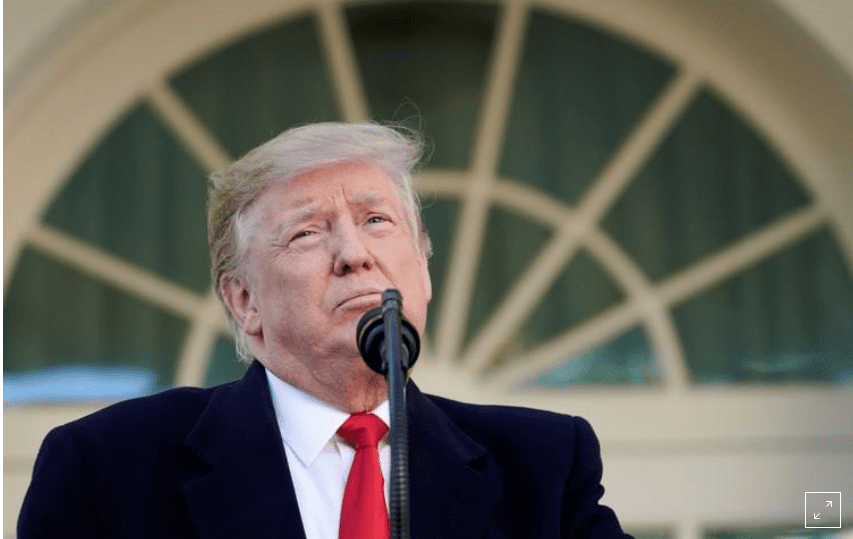 President Donald Trump said on Wednesday he would let the Justice Department decide how to handle the special counsel’s report on an investigation of Russian interference in the 2016 U.S. election and whether the Trump campaign coordinated with Moscow.

Republican Trump’s nominee to be attorney general, William Barr, said at his confirmation hearing this month he would allow Robert Mueller to complete the probe and pledged to make as many details of the findings public as he can.

Asked in an interview with the Daily Caller conservative website whether he would make the decision on whether to release the Mueller report, Trump said “they’ll have to make their decision within the Justice Department.”

Acting Attorney General Matthew Whitaker said on Monday that Mueller’s probe is “close to being completed.” Trump told the Daily Caller he has not spoken to Whitaker about whether the investigation is nearing its conclusion.

Whitaker’s comments were the first time a top government official with knowledge of the investigation has publicly said it is in the final stages.

Democrats worry that Trump’s administration may try to undercut the investigation, which has clouded Trump’s two years in office and has been a frequent target of the president and his allies. So far, the investigation has ensnared 34 people.

The president dismisses the probe as a political witch hunt and denies collusion with Russia.Mueller’s office most recently indicted a long-time Trump confidant, Republican political operative Roger Stone, on charges of obstruction, witness tampering, and lying to Congress.