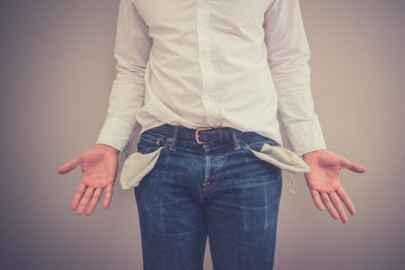 Psychologist Ken Munyua has said that people who marry into broke homes have themselves entirely to blame for failing to do proper research.

Appearing on Citizen TV’s day break on Friday, Munyua who joined a panel discussion on combating Gender-based Violence said  people who are broke should not marry into broke families.

“If you had done your research well…you cannot be broke and get married to a broke family, only that they have misused that power,”

He was responding on some of the triggers of domestic violence that he has comes across as a career psychologist.

One of the key triggers, he noted, was the issue of power-play in relationships and in instances where men feel threatened when their wives earn more.

“Power… the issue of power is a very big power… and power is managed by how you look at it.. your wife earning more than you… I don’t know how that demeans a man, “ Munyua added.

He noted that the fear of threat to power based on earning disparities between couples is not even a thing, explaining that his wife- who works a permanent job- makes more than he does.

“I have always as you have said Waihiga, my wife is in a permanent  job as opposed to me who goes out there to hustle,” he added.

At the same time, he noted that most cased of gender-based violence starts from harmless jokes and graduate into more pronounced forms of abuse including physical.

Joshua Nyolo, a programs officer who was also on the panel discussion advised men to balance power in relationships in order to combat incidents of gender-based violence.

According to a recent study, 1 in 3 Kenyan females has experienced an episode of sexual-based violence before the age of 18,  as  compared to 1 in 5 men; between 39 to 47 percent of Kenyan women are likely to experience gender based violence in their lifetime.

And while men also go through gender-based violence, more men are at a power position to support women going through GBV.

According to Mr. Nyolo if men shared power and kicked out out-dated beliefs such as refusal changing diapers or cook, then certain incidences would not come up.

“We need men to balance power, to become partners not patriarchs in their relationships,” Joshua Nyolo said on Friday.

“In relationships where you see partners supporting their partners in everything they do, business chores, there are really no such incidences,”