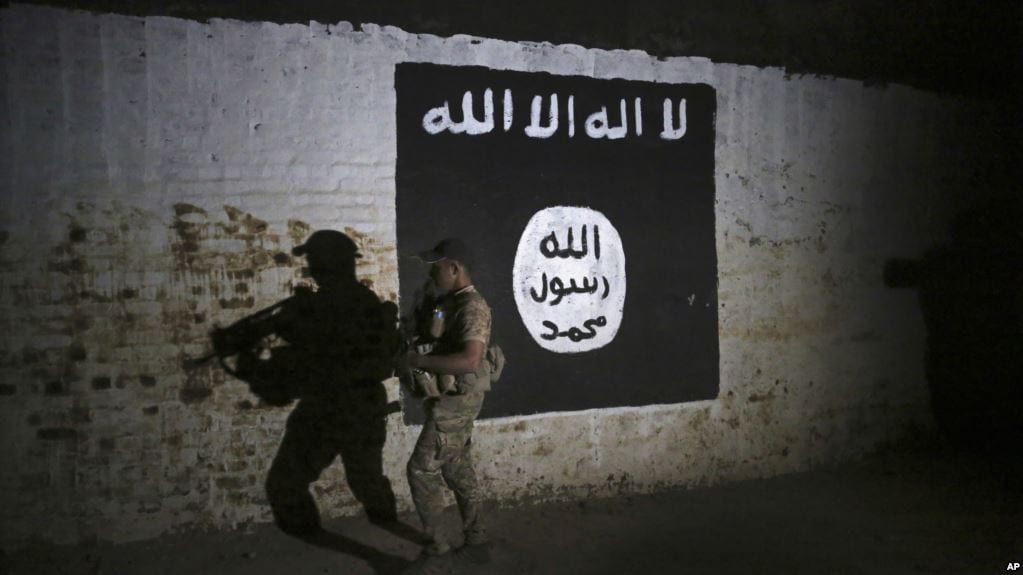 The United States will need to significantly change its approach to fighting terrorists and extremist groups or face the prospect of more never-ending wars in the Middle East, Africa and beyond, according to a new report that is already resonating with key lawmakers.

The blunt assessment, issued by the bipartisan Task Force on Extremism in Fragile States in a report released Wednesday, is the result of a comprehensive look at U.S. military campaigns against terror groups such as Islamic State and al-Qaida.

But after nearly two decades and an estimated $5.9 trillion spent on various campaigns and initiatives, the report concluded no amount of success on the battlefield will ever be enough to stop the spread of extremist ideology.

“Terrorism is a symptom, but extremism — an ideology calling for the imposition of a totalitarian order intent on destroying free societies like ours — is the disease,” the report warns. “The United States thus finds itself trapped in a seemingly endless cycle of crisis response.”

Instead, the task force said, the U.S. and its partners have no choice but to prioritize prevention over military solutions.

“Even modest preventive investments — if they are strategic, coordinated and well-timed — can reduce the risk that extremists will exploit fragile states,” the report added.

Already, the findings are gaining momentum on Capitol Hill.

“You literally cannot kill your way into winning this battle against extremism,” Republican Senator Lindsey Graham told reporters, expressing support for a change in U.S. counterterror and counterextremism strategy.

“Bullets and bombs alone cannot defeat an ideology,” added Congressman Michael McCaul, the ranking Republican on the House Foreign Affairs Committee. “We need to deal with it at its core root problem. And that is despair.”

The legislation, which gained approval in the House last year, aims to build on many of the task force’s recommendations, helping to focus U.S. efforts and money on preventing the rise of extremist ideologies in nations that are fragile and at risk of collapse.

“Our efforts right now are fractured and disjointed across the government,” Engel said.

Under the proposed legislation, key government agencies, such as the Defense Department, the State Department and the U.S. Agency for International Development, would be required to coordinate their efforts, “so their work is more efficient and effective,” Engel said.The task force’s findings, and the move by lawmakers to embrace them, come as IS, whose ideology attracted tens of thousands of fighters to flock to Syria and Iraq and helped conquer large swaths of Syria and Iraq, appears to be in decline.

Its self-declared caliphate has been reduced to a small collection of tents and damaged buildings on a patch of land in the northeastern Syrian village of Baghuz. And while the remaining fighters have so far refused to surrender, commanders with the U.S.-backed Syrian Democratic Forces say their defeat is inevitable.

But rather than see the collapse of the IS caliphate as an end, the task force report calls on U.S. policymakers to view the problem with “a sense of urgency.”

Drawing on a number of studies, the report found that the number of annual terror attacks has increased fivefold since 2001, while the number of Salafi-jihadist fighters has more than tripled over the same period.

Even IS, which has ceded ground to U.S.-backed forces in Syria and Iraq, remains poised to reemerge. U.S. military and intelligence officials warn the terror group still has up to 30,000 fighters and followers across Syria and Iraq, with thousands more across Africa and southeast Asia.

Al-Qaida has managed to strengthen its position in Syria, as well, while maintaining close ties to affiliates in Yemen and elsewhere.

So, too, there are concerns that U.S. intervention has either backfired, or at the most, produced only short-term gains against terrorist and extremist groups, citing examples in Iraq, Libya, Mali and Yemen.

“If we don’t get ahead of this curve and invest more in prevention in sustainable and meaning strategies,” we will never get to the end of this,” said Democratic Sen. Chris Coons.

“The hope is, if we do this right, the military will always be the last resort,” said Task Force co-chair, former New Jersey Gov. Tom Kean.

In addition to streamlining U.S. policy efforts, the Task Force said it is critical for the U.S. to find partners on the ground who are, at the least, committed to governing responsibly.

It also called for the creation of a so-called Partnership Development Fund, a “new international platform for donors and the private sector to pool their resources and coordinate their activities.”

Task force members and lawmakers admitted Wednesday the shift in focus will not likely yield immediate results and that there is no guarantee the proposals will find favor with the White House, despite projected cost savings over the long term.

But Graham held out hope they can sell President Donald Trump on the benefits, in places like Latin America, which is seeing an outflow of migrants, to Africa, which has seen a proliferation of terror groups.

“You know how you prevent endless wars? Prevent them from starting,” Graham said.

“You have a chance in Africa, Mr. President, to prevent what’s going to be a long, drawn-out bloody fight,” he added. “A little bit of money now can prevent the (military) engagement in Africa like we’ve had in the Mideast.”