Suspect in murder of Catholic priest changes plea to guilty 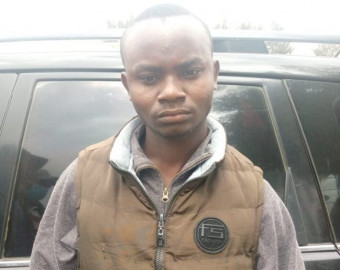 One of the  three accused persons charged with the murder of Catholic Priest Michael Kyengo Maingi has  changed his plea before the Embu High Court, pleading guilty to the man-of-cloth’s brutal killing.

Michael Muthinji startled the court when he changed his prior plea to guilty before Lady Justice Lucy Njuguna.

Muthinji, along with Kavivya Mwangangi and Solomon Mutava, is accused of committing the crime on the night of October 8 in Mbeere Sub-Makima county's area.

Following the unexpected turn of events, the court was adjourned  momentarily to allow for more consultations between the state prosecutor and defense lawyer Karimi Guantai.

But as soon the court resumed the prosecution fumbled with the details of the murder, as the defense lawyers protested the misrepresentation

Ms Mati, the prosecutor, was then asked by Justice Njuguna to straighten up her act and deliver the facts as she should.

Father Maingi, the deceased, was allocated to Thatha Parish in Machakos County until he went missing on October 8, 2019.

He was last seen driving  in  Kaewa area, but his car was missing when he was discovered dead a week later. Later, the car was found abandoned in Kilifi.

The priest was kidnapped while on sabbatical, according to church leaders and family members.

Boniface Mutiso, his brother, reported the incident to the police, who eventually detained a main suspect.

The suspect then led police to the banks of Mashamba river where the priest had been buried in a shallow grave.

Father Maingi's body would then be found, stuffed in a gunny bag with the throat slit.

The case has been slated for a fact-finding hearing on October 21, 2021, as well as further instructions on the other two defendants.