SANJO: NASA is Raila and Raila is NASA 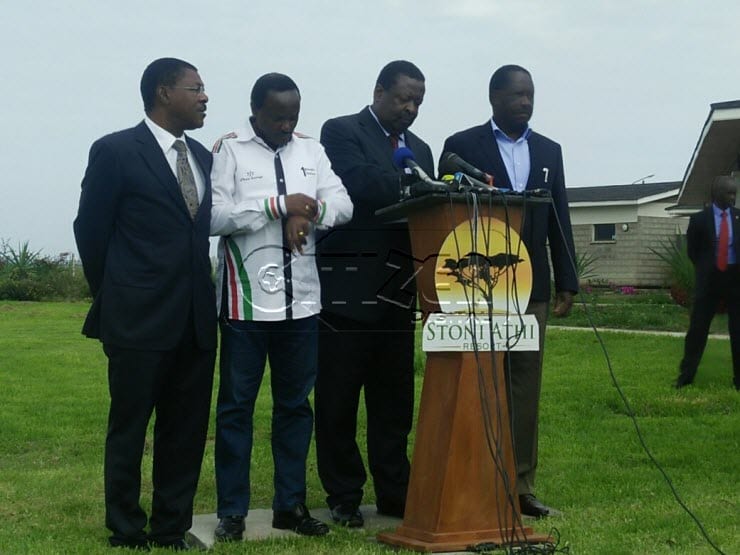 “What Raila can see seated down, you cannot see if you stand on top of the Kenyatta International Conference Centre.” This has been the common refrain from die-hard supporters of NASA leader Raila Odinga whenever anyone questions the former Prime Minister’s political decisions.

If there has ever been one politician who is highly divisive in Kenya’s history then than honour belongs to Raila. There is never a middle ground with the man – those who love him do so with unbridled passion and those who hate him equally so.

The consummate political street brawler, Raila has exploited this unique position in the country’s political scene to the maximum, pulling moves that leave both friends and foes guessing what will come up next.

His latest dalliance with President Uhuru Kenyatta smells of vintage Raila – pulling a card out of the box that sets the country’s political tongues wagging for a long time. We never saw it coming what with both Raila and President Kenyatta taking hard-line stance in as far as talks between them are concerned. 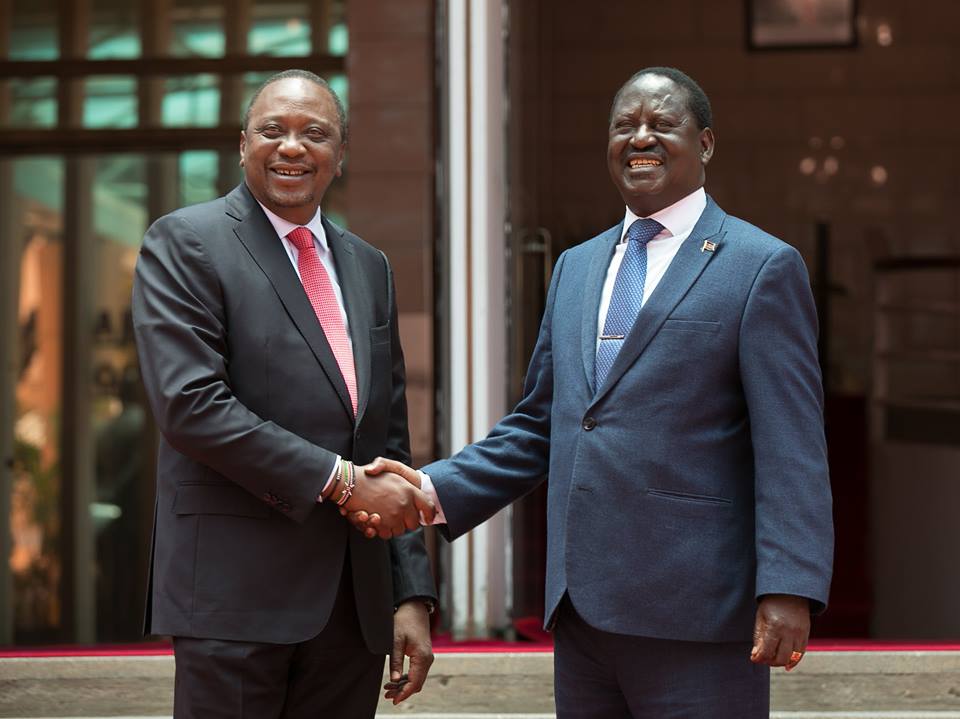 So much so that even hours before the two appeared on the steps of Harambee House to deliver a joint communique Foreign Affairs Permanent Secretary Macharia Kamau was telling the press ahead of US Secretary of State Rex Tillerson’s arrival that there would never be any talks between the two leaders.

I doubt if Amb. Kamau, a seasoned diplomat with good connections was entirely in the dark about the whole matter. This is a man I have interacted with as we had a humble lunch at an eatery around Gigiri and I know that he is well learned in the art of diplo-speak.

Without Raila NASA is dead

Back to Raila and the reaction from his co-prinicpals in NASA – Messrs Musalia Mudavadi, Moses Wetangula and Kalonzo Musyoka – was fast and furious, oozing an air of betrayal. The trio admitted that they only became aware of the meeting when it was being beamed live on national television.

Mudavadi then went ahead to imply that the Raila-Uhuru meeting was more of personal nature. According to the former VP, what NASA was pushing for was some more structured talks and not a tete a tete between two leaders.

But is it? The fact of the matter is that the three know very well that without Raila NASA is dead in water. In other words, and as Raila’s staunch supporters would tell you, NASA is Raila and Raila is NASA.

With all the political enterprises he has engaged in, Raila brought to NASA the sense of urgency and the oomph which propelled the movement forward. Whenever he was out of the picture-which was very rare- the other three appeared to have traveled out of the country, as in they were not felt. This was best seen when after last year’s elections, Raila went on a foreign sojourn and NASA was more or less dead until the day Raila returned with a lot of razzmatazz.

Then there was the issue of the controversial swearing in. Raila took the oath of office all alone while the supporters had been made to believe that Kalonzo would have taken the same oath as the deputy president.

What has followed reads like a script from a comedy show. It has never been clear why the duo never took the oath together and some of the reasons given are hilarious up to and including the bizarre allegation that Raila ordered the co-principals to turn off their phones and await his call from a Nigerian phone number. Some of us who have watched the Nollywood movies with their good serving of juju acts can attest to the fact that it is indeed possible to receive a call on a switched off phone. What is not clear is whether that can happen in real life.

One thing is clear though- the move by Raila is going to change the political landscape in more ways than one and there will be new alliances forming out of the latest reality. His supporters are all over social media very cocky drawing parallels between the Friday meeting with the 2000s move when Raila joined the then monolith KANU, leading to its implosion. They are bullish saying Raila can pull a fast one on Jubilee in a similar manner which might be far fetched.

I am sure Uhuru knows very well the customer he is dealing with and will definitely batten the hatches of his Jubilee sheep against any Raila storm. Then there is Deputy President William Ruto, the heir presumptive at the 2022 polls. He will also defend his turn with all that he has and will most likely make life as hard as possible for Raila in any arrangement that might make the VP be downgraded in the pecking order.

As of now, all eyes are on Amb. Martin Kamau, on whose young shoulders have been thrust the burden of delivering the proposed agreement between the two leaders. This is one man I have watched in his career, more so when he was our permanent representative to UNEP and UN-Habitat. He did a splendid job there and I have no doubt given a free rein the man will deliver.