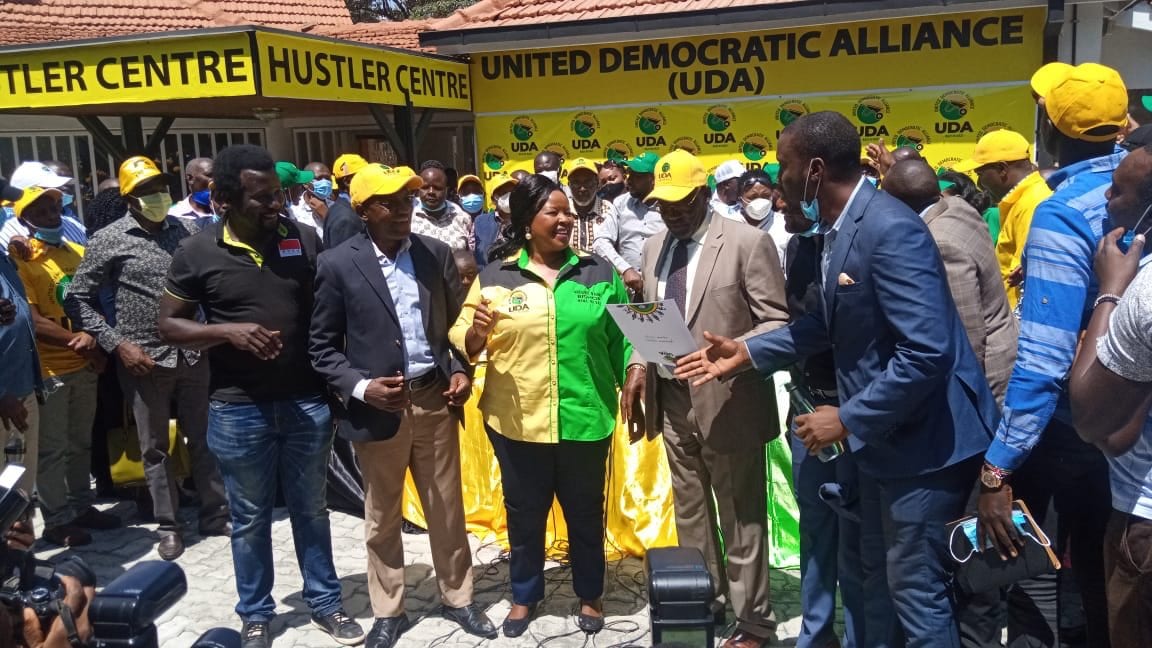 The United Democratic Alliance (UDA) party — which is allied with Deputy President William Ruto — has declared a dispute following Jubilee’s declaration of its intention to dissolve the coalition agreement.

In a letter addressed to the office of the Registrar of Political Parties, UDA secretary-general Veronica Maina said the relevant organs of the coalition will undertake the appropriate arbitration processes in a bid to resolve the dispute.

She cited constitutional provisions of Section 10 (4) of the Political Parties Act NO. 11 of 2012, as well as the provisions of Article 6 of the said coalition agreement.

The party has also advised all legislators in office, particularly Senator Fatuma Dullo, the deputy majority leader, to remain in office until the arbitration panel decides the fate of the coalition.

The announcement comes just days after the Jubilee Party began the process to sever ties with the DP Ruto-backed UDA formerly known as the Party of Development and Reforms (PDR).

According to the letter, the Jubilee Party National Management Committee determined that it was improper and untenable to complete the coalition’s formation after considering the current political and legal obstacles confronting the proposed coalition.

The party also stated that all the PDR officials who participated in the initial coalition talks had been replaced.

“All the PDR officials that were engaged in coalition discussions have been changed and the new officials have exhibited hostility by actively fielding candidates in areas outside the original areas covered by cooperation,” Tuju said on Monday.

The ruling party also raised objections to the ‘hustler nation’ narrative, claiming that its ‘negative connotation’ violated the party’s slogan ‘Tuko pamoja’ which “seeks to unite Kenyans rather than divide them along ethnic or class lines.”

“There being no harmonisation of our policy and vision we have found ourselves as strange bedfellows especially with the UDA use of their identity as “hustlers” which has negative dictionary meaning and connotation. This is also at complete variance with our motto of Tuko Pamoja that seeks to unite Kenyans and not divide them along ethnic or class lines, ” Tuju added.

Some members of the UDA have also been accused of using derogatory terms regarding Jubilee and fielding candidates against it, ostensibly making coalition building impossible.

At the same time, Jubilee has accused the Ruto-wing of actively fielding candidates in areas other than those covered by their cooperation.

Though all members of the coalition who hold positions of leadership in the county assemblies will continue to serve, the Jubilee party says it will end all ties with PDR.

In an interview with Citizen TV, the DP stated that if order is not restored within the Jubilee Party, he will run for president in 2022 through UDA.

“I still hope that maybe something will happen, and we can salvage Jubilee and put it in a place where it can have its original vision. In the event that does not work out, we have to have a plan B. For us we have a sister party, now called UDA. In the event Jubilee is not available the next best option is UDA,” said the deputy president.