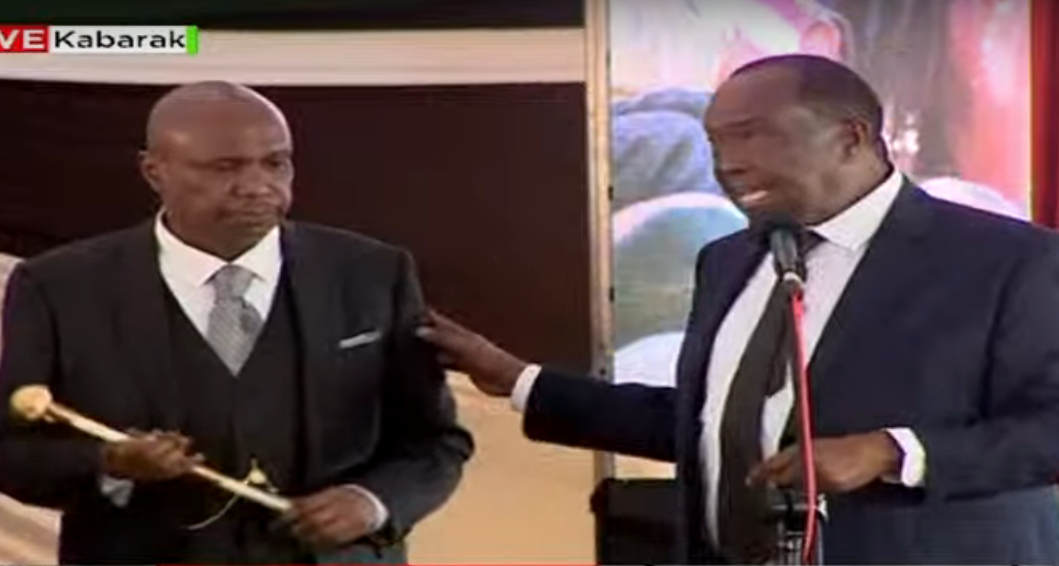 Sometimes in late 2004, a friend, then a fellow student Cliff Akeyo called me. We were students at Maseno University. Akeyo had an issue he wanted us to discuss.

We casually met at the benches around the Graduation Square where he unleashed the grand plan.

Independence party KANU had elections slated for early the following year and he was reaching out for help in recruiting students to the party. This was common. University students were- and still are – always at hand for utilization by political parties.

Apart from the recruitment, the now KANU members of Maseno chapter would be available for vote at the grass root level polls for Kisumu District.

It is a deal that was easiest to execute and soon we were distributing KANU cards at a cost of Ksh10. To our advantage the fee had already been paid by the sponsoring candidate.

I, too, was registered as a member; I was assigned Railway ward membership of Kisumu Town West Constituency.

These memories came back last week when Raymond Moi handed over the famous ‘fimbo ya Nyayo’ to his younger brother, Gideon Kipsiele Towett Moi. The younger Moi has been the KANU chairman after Uhuru Kenyatta, now president, bolted out.

Speaking at the funeral service, COTU SG Francis Atwoli a KANU life member, also told the younger Moi he needed to bring back the party to life.

While I believe he is seized of the matter, it will be an uphill task to inject life into KANU. However with a well set out strategy, the task can be achieved easily.

It is estimated that majority of voters in 2022 (If elections are held as stipulated) will be first timers. Most of them having read or heard of tales of KANU more authoritatively in the last two weeks.

Selling KANU to them as potential new members will require a well oiled campaign specifically targeting them. These young Kenyans arguably would be the heart and soul of the independence party.

While most of the current generation politicians admit having studied and graduated from the Moi School of Politics. They have since moved on. Convincing them to rejoin the oldest party in Kenya will be a tall order.

Tales have also been told of how certain parts of Kenya still believe that the late Mzee Daniel Moi was still head of state. The entrenchment of the devolved system of government has ideally erased the memories of KANU with Jubilee, ODM and in some quarters FORD-Kenya being parties they can easily relate too.

Across the country however the party still has a network of members that though now in their sunset years, can be used to revive it. Most are not active politically, they have earned their places in society having wielded power and authority being voices of chama cha baba na mama in the villages.

They may offer the much needed linkage for Gideon Moi in his attempt to revive his father’s party.

It will take patience, sweat and above all a well oiled campaign for this to take shape. At the very onset though, they must admit that this task is not for the fainthearted.

Jubilee Party and ODM for example ate KANU for lunch in its previous strongholds. Undoing this requires more than just Mzee Moi’s good or bad deeds in his reign.

KANU stalwarts spoke of the jogoo ruling Kenya for 100 years. The children of KANU are still in power but wearing different clothing.

Senator Moi has a huge task to revive and once again put KANU on Kenya’s active political map.

Joseph Bonyo is the Business Editor at Citizen TV