Raila on COVID-19: I was very sick but I’m fine now 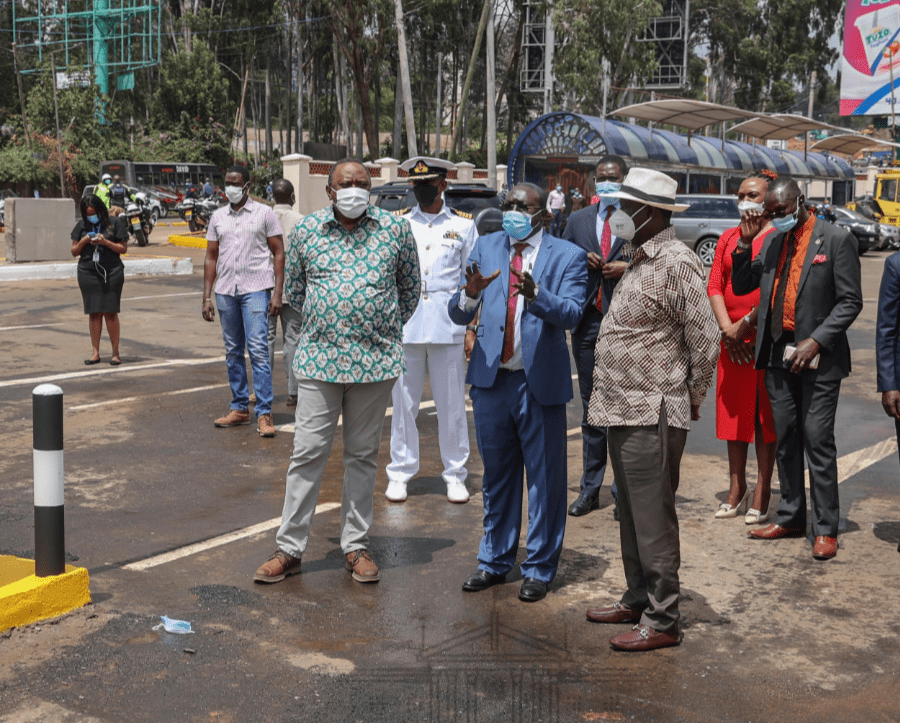 ODM Raila Odinga on Thursday appeared healthy and in fine fettle, appearing in public for the first time after a three-weeks medical hiatus.

The former Prime Minister had announced plans to disengage from any public meetings as he isolated at his home having tested positive for the COVID-19.

Speaking to invited guests while accompanying the Head of State on a tour of development projects in Nairobi County, the ODM leader said the past three weeks had taken a toll on him but he was grateful to be out of the woods.

In a series of Tweets shortly after, the former Prime Minister announced that he had tested negative for the COVID-19.

“I have tested NEGATIVE for Covid-19. The last three weeks have been the most trying but reflective; most humbling but hopeful. Unfortunately this virus has claimed the lives of our loved ones, frontline soldiers and it is still knocking on our doors,” he wrote.

He added: “I thank God for the healing, my medical team for their diligence and the ceaseless prayers from all of you. Mama Ida, my children and the larger Odinga family, I owe you! We should not give up! We are not about to give up! We shall overcome! God is faithful.”

The ODM leader also acknowledged the current harsh economic times saying the government has a plan in place to assist those who are adversely impacted by the pandemic.

“I know most Kenyans are suffering economically, but the most important things is ensuring that the lives of Kenyans are proteted, ” Raila added.

The duo who made their first public appearance in as many days were decked in matching shirts while on the tour.

Their first stop was at the Green Park Bus Terminus on Haile Selassie Avenue in Nairobi where they stopped for an impromptu inspection.

The ultra-modern bus station- being developed by the Nairobi Metropolitan Service- is part of  government’s effort to decongest the city that has for years been beleaguered by traffic congestion.

During the tour of the city President Kenyatta who was also accompanied by Transport Cabinet Secretary James Macharia officially opened the 4.2 kilometer access road connecting the Nairobi Inland Container Depot (ICD) and the Southern By-pass near Wilson Airport.

The access road will ease the traffic congestion on Mombasa Road whose situation has been made worse by the ongoing construction of the Westlands to JKIA expressway.