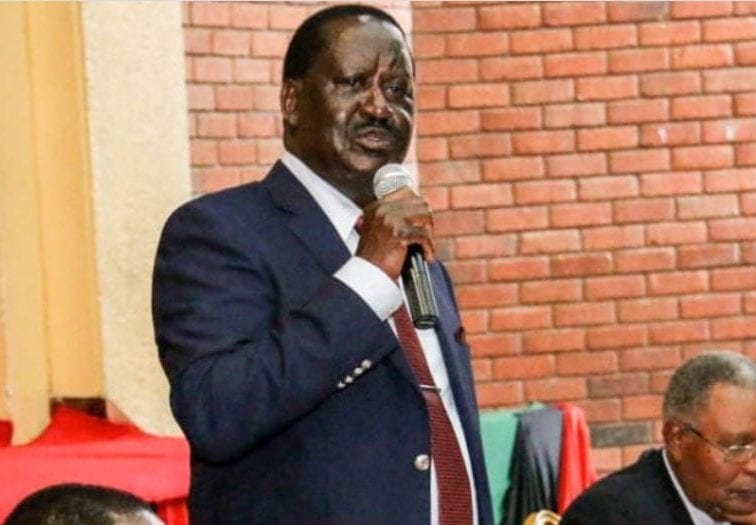 Orange Democratic Movement (ODM) leader Raila Odinga has now hit out at government officials over the self-styled ‘hustler’ tag for allegedly getting their wealth through theft of public resources.

Mr. Odinga made the remarks on Thursday during a meeting with former parliamentarians where he drummed up support for the Building Bridges Initiative (BBI).

The former premier, in a subtle attack seemingly directed at Deputy President William Ruto, also poured scorn on elected officials for contributing large sums of money, whose source can only be traced back to the public coffers, during harambees.

Mr. Odinga also recalled his days as a public service officer when he served as Minister for Energy in 2002 and reportedly earned a net salary of Ksh.70,650.

He also narrated how, in 1992, he collected his father Jaramogi Oginga Odinga’s allowance of Ksh.4,000 and when they took it to him, he (Jaramogi) was “surprised that people were being paid at all” since he thought “being in Parliament was just a service they were rendering to the nation.”

“With a net pay of Ksh20,737, Jaramogi and his colleagues were able to serve their constituents to their satisfaction,” he stated.

“I am not in any way trying to call for low pay for legislators. I am aware the cost of living has risen over the years and the value of our currency has gone down. But there is an important fact behind these past modest salaries. It is that public service was not meant to enrich people.”

He further added: “That is currently deeply corrupted. It is the spirit we need to reinvent. It will help us reject the moneybags wrecking our country, our economy and our politics through the false generosity of purporting to be contributing to the public what has been stolen from them.”

The opposition chief likened his handshake with President Uhuru Kenyatta to major achievements the country has achieved within the past two decades like multiparty democracy, grand coalition government, promulgation of a new constitution, as well as devolution.

“All of you here have been through electoral contests and you will agree with me that divisive elections present clear and present danger to the survival of our country,” he stated.

According to the AU High Representative for Infrastructure, the BBI report has identified, among other things, corruption as a threat to the country’s economy, politics and security; adding that it needs to be done away with.