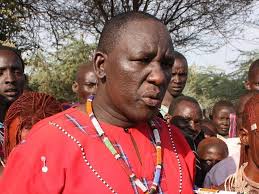 Former Member of Parliament for Kajiado West, Moses ole Sakuda, has placed his bid for the National Assembly Speaker post.

In a statement to newsrooms, Ole Sakuda said he has made rigorous consultations with his former colleagues in the National Assembly and that they deem him fit to be the Speaker of the 12th Parliament.

He added that in 2013, he was proposed for the Majority Whip position but sacrificed his bid for Katoo ole Metito after a resolution by the Maa Parliamentary Group.

Ole Sakuda is confident that with his experience in Parliamentary matters, a vice chair in the Lands Committee, member of various House committees and former director of Programmes and Projects in the Ministry of Energy, he will make a worthy National Assembly custodian.

“Coming from a marginalised community that overwhelmingly voted for Jubilee Party, and moreover historically the Speaker’s post was warmed by the Maasai community under our one and only Francis ole Kaparo, I stand a better chance for the seat,” he said.

Ole Sakuda said that he has picked the nomination forms from the Clerk’s office.

He joins the race that has already attracted other contenders including outgoing Speaker, Justin Muturi, who is seeking a fresh 5-year term.

Former Budalangi MP, Ababu Namwamba’s name has been mentioned among those interested in the seat. Kuresoi North MP-elect, Moses Cheboi, is among those considered for election as Deputy Speaker.

In the Senate, outgoing Speaker, David Ekwee Ethuro, will be seeking re-election. He will, however, have to contend with opposition from among others, former Constitution Implementation Commission Chairman, Charles Nyachae, who unsuccessfully contested in the Kisii Senate race that was clinched by ODM’s Prof. Sam Ongeri. Former Murang’a Senator, Kembi Gitura has also declared interest in the seat, and so has former Migori Senator Dr. Wilfred Machage.