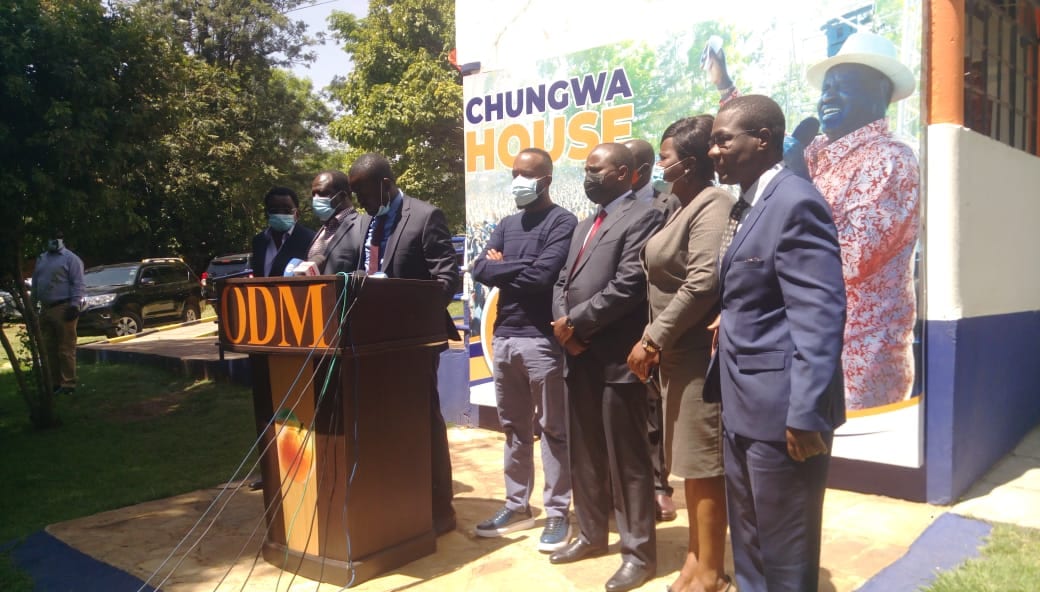 The Orange Democratic Movement (ODM) has resolved to officially launch preparations for the 2022 General Election.

In a press briefing on Wednesday, ODM Secretary General Edwin Sifuna said the resolutions were borne of a closed-door meeting held on Tuesday.

The party’s National Election Board has now been tasked with revamping grass-roots elections by harmonizing processes to fill in gaps at the ward, constituency and county levels.

The board has also been directed to immediately begin the process of identifying the party’s presidential candidate; those interested have been advised to apply.

On matters of handshake and partnerships with other parties, Sifuna noted that going forward, ‘the ODM party will insist on structured and formal negotiations with partners and allies on all matters’.

During the briefing, Sifuna said the party will also insist on nominating an ODM party member to be appointed Nairobi deputy governor designate upon conclusion of the court cases.

The party has also remedied the Nyamira Assembly situation in which a deputy governor nominee was rejected.

Sifuna said the ODM party had nominated another candidate and would be forwarding his name to the governor for his transmission.