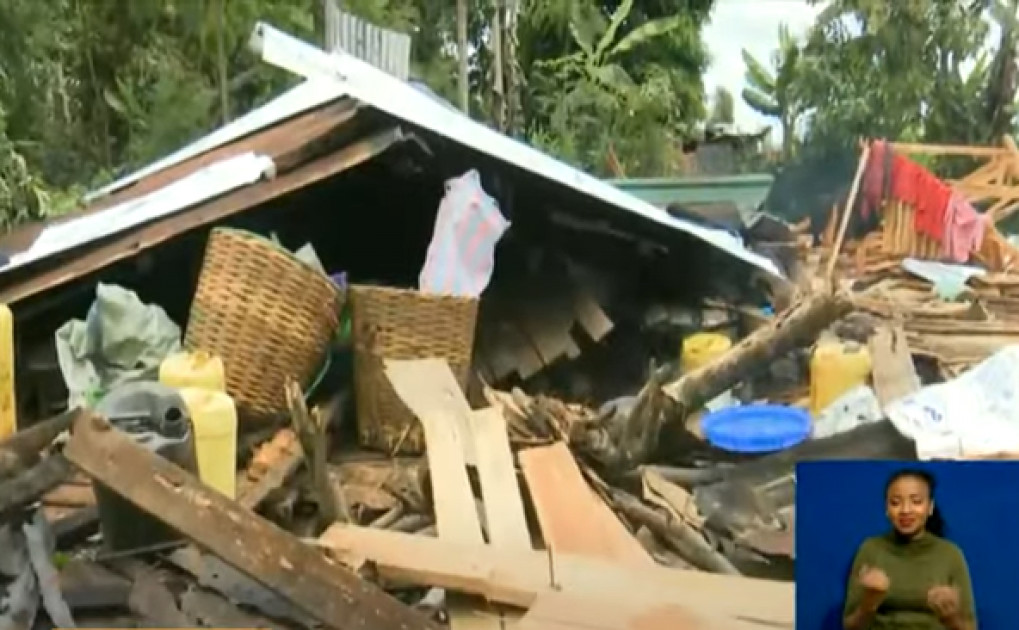 Leah Wanjiru's home which was destroyed by shylocks after her brother-in-law took a loan using her late husband's title deed.

Angry residents of Kanjuri village in Nyeri County burnt down the house of a man accused of taking a loan from a shylock using his dead brother's title deed, leaving his brother's widow at the mercy of shylocks.

The shylocks are said to have visited Leah Wanjiru's home armed with a court order and destroyed her house so that they can lay claim to the land.

Wanjiru has now been rendered homeless after debt collectors destroyed her home over a debt she says she knows nothing about.

She is at loss, struggling to comprehend the magnitude of her problems. She has nowhere to turn to, with the only piece of property in her name under threat yet she has not received a penny for it.

It is alleged that her brother in law took a Ksh.200,000 loan from a shylock in Karatina town, offering her title deed as collateral, and after he failed to pay, the debtors instead came knocking at her door.

Angry residents torched the home of Wanjiru's brotherin-law for taking advantage of her situation and borrowing money using her title deed.

With the foregoing, family members and locals have vowed not to rest until Wanjiru gets back her land from the shylocks.

The shylock declined to speak to Citizen TV on the matter.