NASA MPs asked to lead demos in their constituencies

By Fridah Wangeci For Citizen Digital 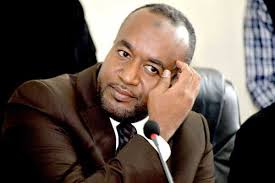 Mombasa Governor Hassan Joho has urged all NASA MPs to take a leading role in the “No reforms, no elections” campaigns ahead of the October 26 repeat poll stating that they should lead the people in their constituents during the countrywide demonstrations.

“We want to see every MP in his constituency in the front line leading in the conversation of October 26 no election,” said Joho.

Former Machakos Senator, Johnson Muthama backed the deputy ODM party leader saying that the MPs should not take a back seat when their people are demonstrating.

“You have seen the demonstrations in Nairobi. As the leaders, you know the people’s problems and therefore, it is only right that you join them in the demos,” Muthama said.

Muthama also added that it’d be a shame if they refused to participate in the demonstrations when Raila Odinga, Kalonzo Musyoka and Moses Wetangula who are their leaders are on the front line.

The National Super Alliance (NASA) has revealed their plans to stage demonstrations on October 26 with their leader Raila Odinga saying that the election day will be the “mother of all demos” until their demands to reform the Independent Electoral and Boundaries Commission (IEBC) , which he claims is controlled by President Uhuru Kenyatta, are met.

“Wafula Chebukati’s statement confirms that IEBC takes instructions from State House. Today we are changing our call from ‘no reforms, no elections’ to ‘October no elections,'” said Mr Odinga on October 18.