NAITORE: Time for action against sexual violence is now! 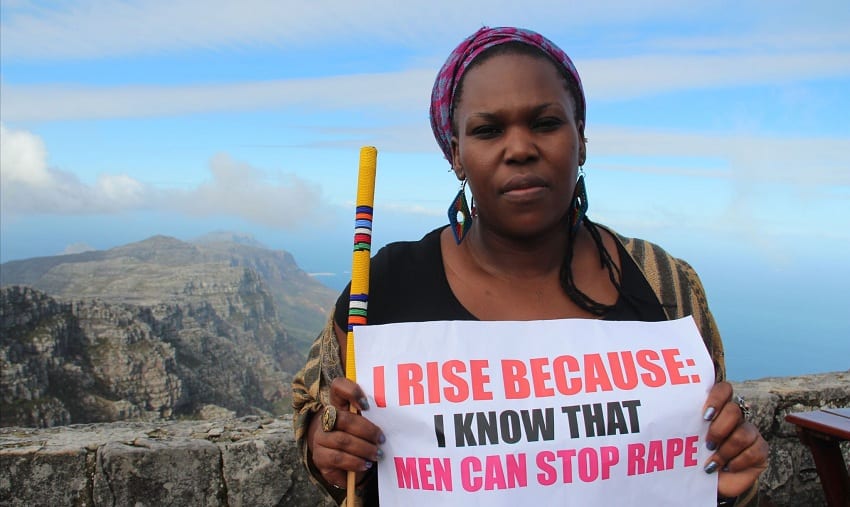 Picture this, you are a young lady at one of the most ‘prestigious’ universities in your country. You made it to the university and you must be proud of yourself as you are just on the verge of achieving your career dreams. As with any university in a democratic society, it’s that time of the year when students go into elections to vote for their leaders. The election campaigns are long done and the day of the election comes and the various candidates are hopeful that they will clinch the chairmanship position.

You participate in the voting process or may be not and then you move on with your usual campus life. As is perhaps the norm, most campus students do last minute reading. You retreat to the library, alternatively you go to the hall of residence and continue minding your own business. The election results are out and one of the candidates is declared the winner. The comrades are not happy with the management and the conduct of the election process in your university. They decide to air their grievances by protests and rioting.

You probably don’t participate in the protests and decide that the safest haven for you is the hall of residence.  In the midst of the chaos and destruction of property that is going on, your hall of residence is broken into. In addition to being beaten up by the men in uniform who are supposed to protect you, they allegedly rape female students. You are disillusioned, will anyone even believe your story? Are you going to report this matter? Now, pause because this scenario is what reportedly happened at The University of Nairobi on the 5th of April 2016.

This whole scenario evokes memories of sexual violence in time of conflict, case in point; the2007/08 Post Election Violence in Kenya where many women and girls were raped and various heinous acts committed against them, the perpetrators went scot free. A number of the perpetrators were men in uniform and to date none of these have been prosecuted for their crimes. Sexual violence perpetrators take advantage of the weak systems when there is any form of unrest to sexually violate and abuse women and girls.

Equality Now works to end such violence both through prevention and effective response. The focus is ensuring that systems are in place to effectively address such violence through proper investigation, prosecution and punishment of perpetrators. Since violence against women is both a cause and a consequence of the inequality women experience, advancing women’s equality directly contributes to the prevention of such violence. In times of unrest, women and girls are disproportionately affected as rape is more often than not used as a weapon of war. It is used to shame, humiliate the defenseless women and girls. Numerous cases of sexual violence have been reported in many countries in Africa that have experienced conflict like Sudan (Darfur), Rwanda and the Democratic Republic of Congo.

Unfortunately very few cases get reported, the victims are too scared to come out to report. The victims are wary that no one will believe them, they end up not seeking any legal redress. More often than not when victims report, their experience is distorted or trivialized. This is account of events is what has exactly happened in the case of the University of Nairobi. There have been allegations of rape by General Service Unit (GSU) officers but will the requisite state agents take these allegations seriously and constitute investigations of these crimes? These officers are the ones who ought to have protected the students and ensured that not one of them has their right to bodily integrity, security and privacy violated.

Sadly, those who should uphold the law ended up being perpetrators of sexual violence at the university. The university should be a safe haven for all students not a place where female students are abused and their rights violated.The allegations are grave and they merit thorough investigations and the perpetrators brought to book. Legal action must be taken against all those officers who abused their duty to protect the students. Failure to do this will set a bad precedent that the horrendous act of sexual violence can be perpetrated and the culprits go scot free.

As a country, Kenya has very progressive laws aimed at protecting its citizenry from all forms of abuse. The country is equally party to numerous international and regional instruments, the state should ensure enforcement of these laws in their entirety. Kenya cannot continue failing its female population by failure to protect them from sexual violence.