MWANGI: It’s wrong to use the army to protect land thieves 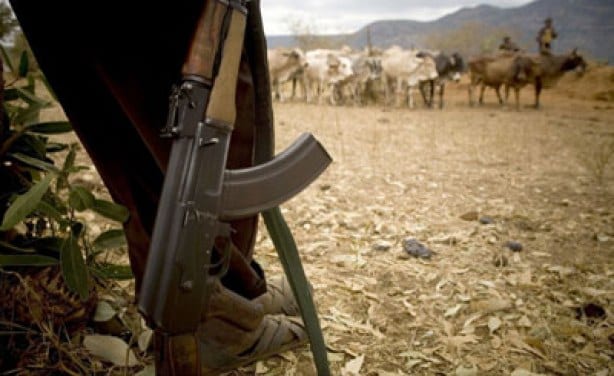 The shooting of Kuki Gallman has once again shown that past injustices in land matters will continue to haunt the region until they can be amicably resolved, regardless of efforts to conceal colonial crimes and to brand pastoralists as “bandits.”

Not unexpectedly, the “international community” and media houses around the world went into overdrive to condemn the incident and show how it could negatively affect Kenya’s economy – all the usual talk that fails to address the root causes of the problems in Kenya and Africa generally.

There have been reminders about respect for private property and the sanctity of the title-deed. Some have decried the shooting as a decline into lawlessness. Others have read political motives, especially since this is an election year in Kenya.

All these reactions, however, show a thoroughly brainwashed mentality, one that is too quick to agree with opinions expressed in London and Washington at the expense of indigenous Kenyans. While no doubt everyone has a right to life and the shooting of Ms. Gallman is regrettable, the underlying reasons for the violence cannot be wished away by branding local communities “bandits” and ignoring their complaints.

The fertile lands of Laikipia, where there have been ugly incidents involving pastoralists, are owned mainly by white Kenyans, with a few black families that have joined their ranks since Kenya gained independence over 50 years ago. Any attack on these white ranchers is bound to raise concern in London and other Western capitals, hence the recent visit to Kenya by British Foreign Secretary Boris Johnson. As a result of those concerns, the Kenya Defence Forces was deployed in Laikipia to deal with the pastoralists and allow the ranchers to continue with their quiet existence.

In defending moves to maintain the status quo on land ownership in Laikipia, some people have gone as far as arguing that Kenyans and other Africans work peacefully all over the world and must allow the white ranchers the same latitude. What they forget, however, is that Kenyans who go abroad work hard for every coin they get; it is unthinkable that any African would go to Britain or any other country in the West and forcefully evict local populations from their land, without compensation.

Clearly, it needs to be acknowledged that the ancestors of the white ranchers did not pay a single cent to local populations in order to acquire their huge ranches. Africans were forced out of their land to give way to colonial farmers. Anything acquired through robbing local populations and engineering large-scale population movements cannot qualify as “private property” but rather “stolen property.” It is hypocritical to oppose land reform and redistribution in Africa, from this perspective, by “respecting the sanctity of title deeds” over stolen land.

Of course, no meaningful land reforms can take place when local elites have been incorporated into the privileged thieving class of white ranchers. Yet, the dynamics of social change and population increase are such that the problem cannot be ignored forever, or resolved through the use of firearms to suppress genuine grievances by local dispossessed populations.

The callousness of the white ranchers can be seen from their refusal to allow herders into their sprawling farms even following severe drought. The excuse, of course, is that the herders will degrade the environment with their large herds and create human-wildlife conflict. But considering that colonialists found huge numbers of wildlife when they first came to the continent – with which Africans co-existed for centuries – puts this argument to shame. In fact, it is obvious that local African populations knew better how to handle and utilize wildlife than the self-appointed hunters-cum-conservationists from Europe.

Is it feasible, in the midst of excruciating poverty and landlessness, for a small privileged clique of white landowners and their black co-conspirators to own land holdings of 100,000 hectares and above? Can the use of the military silence the genuine complaints of people whose great grandfathers were dispossessed of their ancestral land? Is it not shameful for our own media houses to follow their international counterparts in labeling these genuine owners of the land “bandits,” thus stifling local voices on such a crucial matter?

Until these issues are addressed and justice is done in land matters, it is easy to see that the problem in Laikipia can only get worse and spread elsewhere in Kenya and the region. It’s time to pull out the military from Laikipia and seek a lasting solution to historical land injustices, regardless of what the “international community” will say.