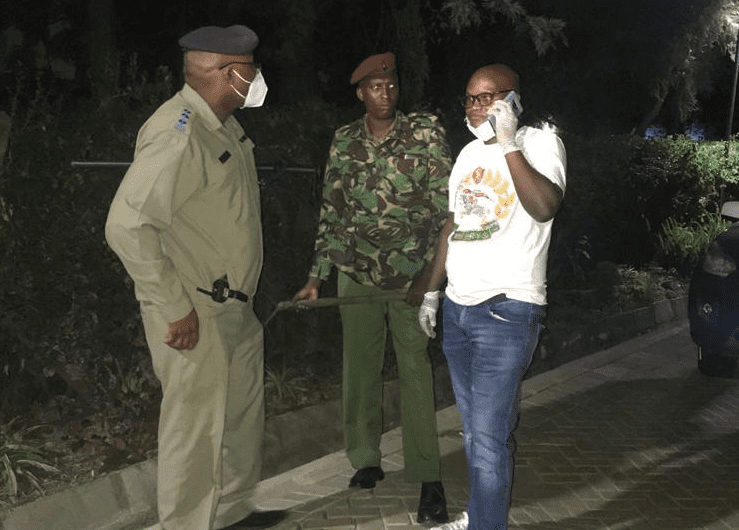 Machakos Governor Alfred Mutua has condemned mistreatment of Africans living in China by the natives and urged President Uhuru Kenyatta to launch a diplomatic protest to the Chinese administration to stop racist practices.

In a strongly worded statement published on his Facebook page and a speech in his Athi River, Mavoko office, the Machakos governor and party leader of Maendeleo Chap Chap Party, described the revelation of Chinese racism against Africans living in the country as ‘grossly uncivil’ and serious assault to human dignity.

Aggrieved by the frustrations and humiliation of their fellow countrymen in a foreign territory, many Kenyans have launched an online debate calling for immediate action to be taken against the alleged racism against Africans in China.

Dr. Mutua said even though Kenya was indebted to China, it was unacceptable for the latter to display or incite racial hatred against citizens of a friendly nation.

“They (the Chinese) benefit from us too and we must call out their racism and tell them we will not tolerate such behavior,” Dr Mutua said.

The governor pointed out that it was shocking that the racism was being directed specifically to dark-skinned Africans and not Europeans.

“This is purely racism. My expectation is that by now our president has already made a call to his Chinese counterpart and friend and laid it down to him, diplomatically or otherwise. We expect to see direct Beijing action on this issue,” he said.

He said it was absurd or the Chinese to claim Africans were carriers of Covid-19 where as the disease originated from China.

Dr. Mutua added action needed to be taken so that that a few Chinese people do not ruin the good relationship between our country and theirs.