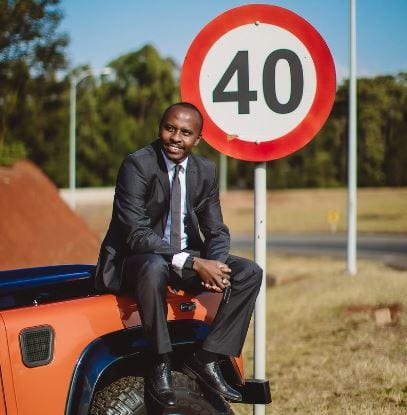 Dagoretti South Member of Parliament John “KJ” Kiarie has revealed how he was nearly killed by a hired mob in 2007 in the run up to the Orange Democratic Movement party nominations.

KJ, who won the hearts of Kenyans as part of the Redykyulass comedy trio and also as a cartoonist with the Sunday Nation, recalled how he was beaten to within an inch of his life but ended up, in a strange twist earning him the nomination.

“Some opponents did not want me on the ballot paper and they sent some goons because they wanted me dead. I was chapwad, I was really beaten to a pulp. Before I passed out, one of them attempted to hit my head for the umpteenth time so I lifted up my hand and the jembe (hoe) stick hit my hand and broke both the ulna and the radius and my hand went limb…,” he revealed in an Engage talk session.

He was hospitalised and within a few weeks, he was back on the campaign trail but this time, he decided to employ different tactics that would be less dangerous for his life and help his career.

KJ decided to get the attention of party leader Raila Odinga in what he says was as a result of “being boldly foolish” and in a shocking twist, earned him the party’s nomination.

“It does help if you are a political candidate if your presidential candidate knows you… I was sure my candidate did not know me and I made a decision I was going to be boldly foolish and find a way to get to him. The opportunity for me was the day he was presenting his papers at KICC to the Electoral commission and I said I will look for an opportunity to shake the candidates’s hand, he will know there is a candidate by the name John KJ Kiarie,” he recalls.

“I wove through the humanity that was there and made it to the stairs and I saw his convoy, there was his car and this car kitted with a sound address system. I said to myself, be bold, be foolish and I said whatever come may, I will be the MC for the day…”

Everything, it seems was going his way and for some strange reason, ODM did not have a Master of Ceremony for the day and KJ ended up grabbing the opportunity and he did not let go.

“I don’t know what had happened to the MC, I think he had absconded or he was late… I walked to the car and I was so confident no one asked who I was and I waited for the candidate to descend the stairs and as he came down, I worked this crowd into a frenzy,” he said.

“Everywhere we stopped, I would work this crowd to a frenzy and made sure I was the guy handing over the microphone to the presidential candidate… by the time we were getting to Dagorretti, I was the only guy on top in the sunroof with the presidential candidate with our heads up there talking to the raia… It earned me a nomination, I won’t talk about the election of (20)07, it went the way it did but 10 years later I got to be elected the Member of Parliament for Dagorreti south with a landslide win.”

The election was won by Beth Mugo and Mr. Kiarie contested the win in court alleging that Mrs Mugo had unduly influenced voters through bribery, that her agents had altered and filled in new forms 16A at the tallying centre and that she had used government resources while campaigning.

The case was dismissed.