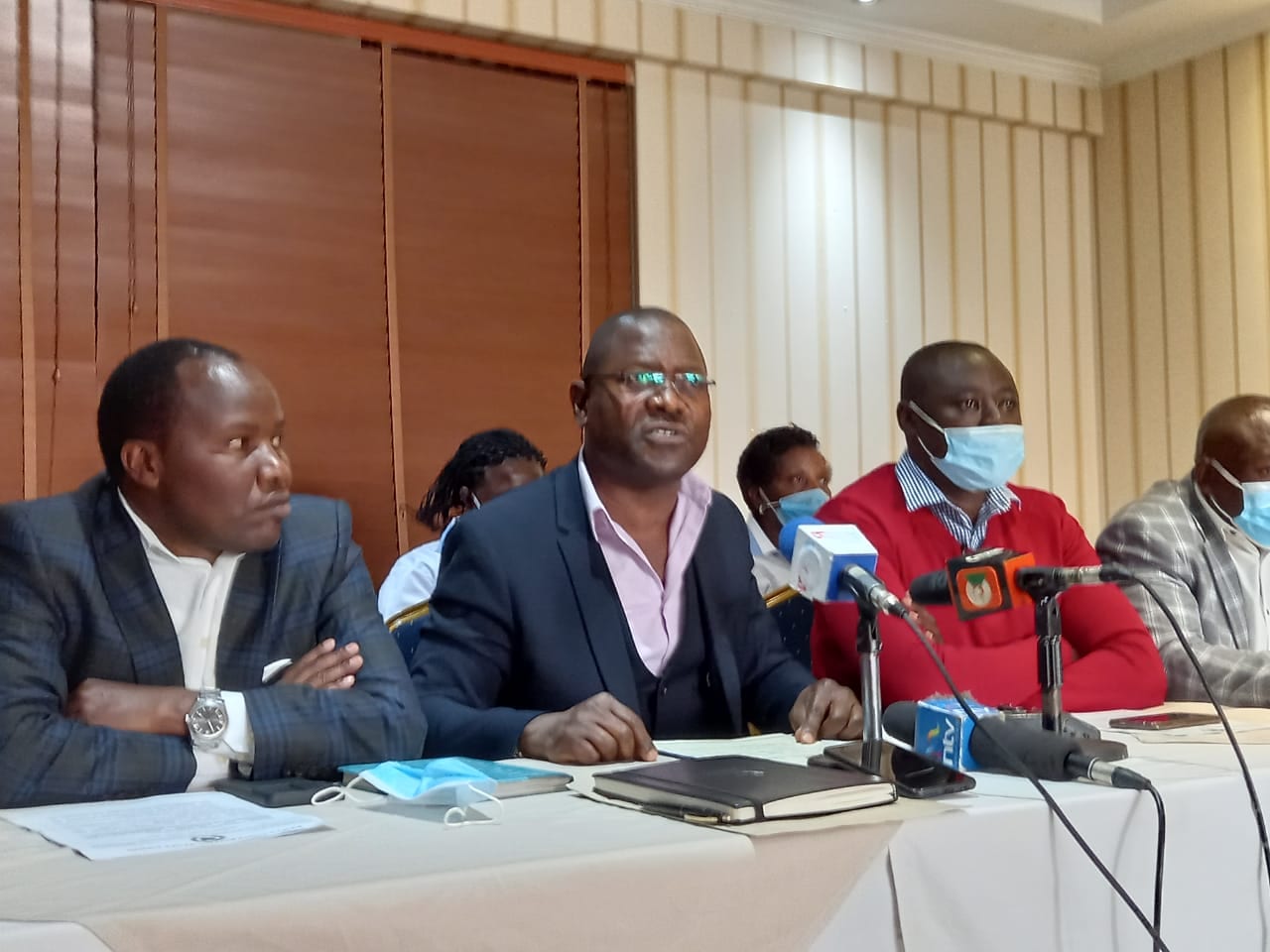 The Kenya Universities Staff Union (KUSU) has demanded that Spencer Sankale be immediately reinstated as Chief Finance Officer at Maasai Mara University, just days after the institution fired him.

During a press conference on Monday, the Union’s chairperson, Dr. Phillip Onyango, described his dismissal as illegal and unfair, demanding that he be reinstated and the entire University Council disbanded.

“On the unfair dismissal of Spencer sankale, we demand of his reinstatement and the University council be disbanded,” the Union said on Monday. “Sankale has not been given a fair hearing and the council is guilty has charged,”

Spencer’s appearance before the University Council last September, as well as two other meetings, led the body to conclude that he had continued with what it called “gross misconduct.”

‘Sustained insolence to the employer, cyberbullying, malicious representation, libel, defamation, and falsely maligning the image and reputation of the University,’ according to the council, were among the nine offenses cited to justify its decision to summarily terminate Spencer’s employment.

Meanwhile, the union has urged the government to intervene and save the Maasai Mara University, claiming that the level of graft at the institution is alarming.

In a raft of new recommendations the Union wants the entire University council disbanded and replaced with a new one.

“Masai Mara has reached a stage where a paradigm shift is needed, the chairman of the Council must step aside with his entire team,” KUSU Chairperson Dr. Onyango added.

They also want relevant government agencies to look into the council for any wrongdoing.

At the same time, they want acting Vice Chancellor Prof. Kitche Magak removed from office and investigated, claiming that he has mismanaged the university for some time.