KIRUKU: So many pests: Will anything be left for the poor? 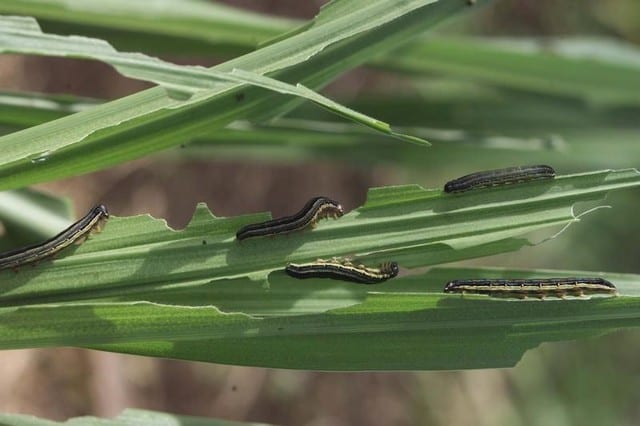 As a regional workshop on agriculture was going on in Arusha last week, news of an army worm invasion in seven counties in Kenya hit the airwaves – a catastrophe that comes just a few months after severe crop failure due to drought.

The invasion of army worms in counties where much of Kenya’s maize is grown is a big threat to food security in the country. And if the worms – which are dispersed by wind – invade crops in other East African countries, then the region will suffer one of the worst food crises in recent times. Other countries in the region must therefore be on high alert and take measures to stop any invasion.

The training workshop, which was meant to enlighten attendees on the preparation of the Biennial Report on the Malabo Declaration, sought to assess how far the EAC partner states had moved in implementing the declaration. The African Union Malabo Declaration on agriculture and postharvest losses was launched in 2014 with the aim of transforming Africa’s agriculture for shared prosperity and improved livelihoods.

In that declaration, AU heads of state and government committed their countries to ending hunger by 2025; to achieve this goal, they resolved to halve the current levels of post-harvest losses by that year.

It is unfortunate that despite this and many more declarations on agriculture, attaining food security seems to be a far-fetched dream – one that may not be realized any time soon going by recent challenges facing the agricultural sector in the region.

Only a few months ago, a persistent drought caused by the El Nino weather phenomenon caused hunger and suffering for millions of people in eastern Africa. Whole herds of animals died due to lack of fodder and water, millions more were ravaged by hunger, and crop failure led to skyrocketing food prices. Whole villages were deserted as families moved away in search of pasture and water.

In Kenya, Somalia and Ethiopia, the drought was particularly severe due to erratic weather, which resulted in devastation of crops due to insufficient rains. Kenya declared drought a national disaster, with 23 of its 47 counties hit by persistent drought and hunger that posed a major risk to people, livestock and wildlife. More than 3 million people were in need of emergency food aid after low rainfall was experienced in October and November.

One of the countries that offered food donations to Kenya after President Uhuru Kenyatta declared the drought a national disaster was the United Arab Emirates, a country associated with mass drought and deserts but which donated 150 tonnes of assorted foodstuffs.

It is a shame that in the 21st century, the region can be experiencing famine of such magnitude. Lack of mitigation measures, lukewarm commitment to fighting hunger and food insecurity, and corruption in the agricultural sector have only made matters worse.

To solve the current crisis of army worms, the Kenyan government must declare the infestation a national disaster so as to focus the country’s attention on the crisis. The government must also ensure that funds are made available to farmers for buying pesticides and spraying their crops.

The crisis must be handled as an emergency by the whole region, going by the worm’s mode of dispersal and its tolerance to most pesticides. Experts warn that the pest can wipe out whole plantations since no single pesticide can neutralise it at once during its larval stage.

Fighting hunger and ensuring food security in the region is key to economic development. The region must adopt measures that can ensure food sufficiency. Educating farmers in improving farm efficiency and adoption of latest technological advances will go a long way in ensuring optimal land usage and high crop production.

The region must also educate the farmers and embrace crop diversification to ensure that the region produces crops in which it is deficient.

Tackling climate change is not an option if we are to fight food insecurity. Adopting climate-smart agricultural production systems is key to increased food production. Integrated water management systems, which have proved a huge challenge in the region, need to be enhanced if we are to fight hunger effectively.

Above all, the region must focus on small-scale subsistence farmers as these are the worst-affected by any crisis. Again, increased food production will not necessarily ensure food security if the poor do not have the purchasing power to feed themselves.