Kalonzo escalates warpath with DP Ruto, accuses him of starting a class war 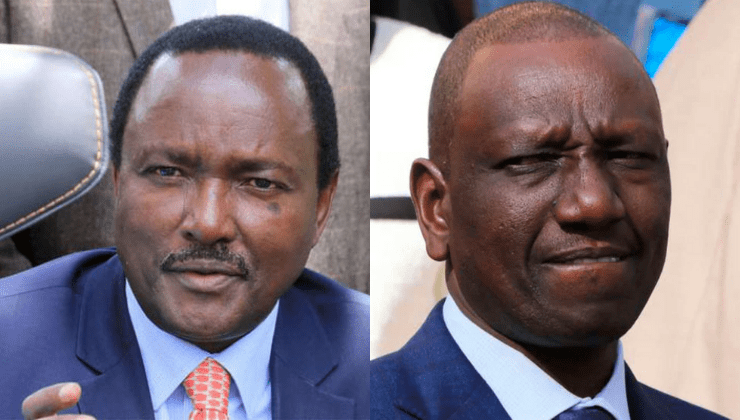 Wiper Party Leader Kalonzo Musyoka on Saturday escalated his political warpath with Deputy President William Ruto accusing him of creating a class war in the country.

He said that DPRuto who is a billionaire- owning seven helicopters complete with a hangar- has adopted the Marxist theory to ultimately precipitate a class war in the country.

Kalonzo accused Ruto of undermining his boss by portraying him as a failure, yet they had been elected on the same ticket.

“I was President Kibakis Vice President for five years, Kibaki could sleep peacefully and later retired honourably, I don’t understand why Ruto who has been Uhuru’s Deputy for now eight years decides to renege and bring up the wheelbarrow narrative” Kalonzo said.

The former Vice President said the Wheelbarrow narrative was tantamount to sabotage, saying Uhuru has been “very patient” in reigning in errant troops.

The Wiper leader says the Jubilee Government promised a digital era in the country complete with laptops to pupils “but now Ruto bringing the archaic wheelbarrow narrative is a mockery to the conscience of the nation“.

On matters of the judiciary, the Wiper Leader who is also a Senior Counsel condemned the ruling by a lower court in Meru of attempting to remove the acting Chief Justice Philomena Mwilu.

Kalonzo says he was shocked by the judgement adding that Mwilu must be accorded a fair process that includes but not limited to a tribunal.

The Wiper Leader who was accompanied by Mwingi West MP Charles Nguna says there is an elaborate process of removing a Judge of the High Court, court of appeal and the Supreme Court.