Jimi Wanjigi: I started my garbage collection business without a penny 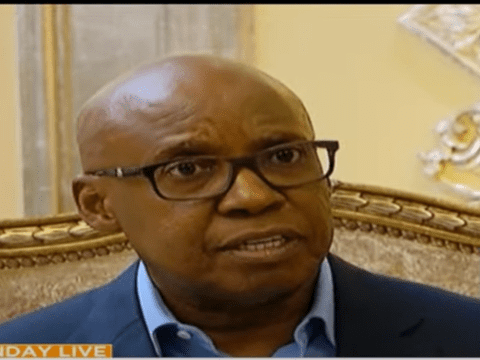 Prominent tycoon and now presidential hopeful Jimi Wanjigi has come out to speak about his humble beginnings in the business world and how he pulled himself up by the bootstraps to where he is today.

Wanjigi, in an exclusive interview with Royal Media Services Director of Strategy and Innovation Linus Kaikai on Sunday night, said he started out in the garbage collection business before climbing up the ladder.

The business magnate narrated how garbage collection in Nairobi city was a mess during the late retired president Daniel Moi’s tenure, and how he lobbied and began cleaning up the capital.

“My first business was garbage collection. I pioneered private garbage collection in this country. There was a time during the Moi administration that garbage in this city, when we had a city commission headed by Fred Gumo, was a nightmare. Everywhere you went, garbage was not being collected,” he said.

The father of two revealed how he approached a friend – “a white boy” – from his high school days to help him source for funds which they then used to buy a pick-up for the garbage collection business.

He added that by the end of the first year, they had bought two other canter trucks for the business, before he eventually sold the business.

When asked where the rest of his money, in recent years, comes from after leaving the garbage collection business, the father of two responded:

“Government projects inside and outside Kenya. I’m an agent of various companies, and development projects are the biggest projects in Africa, even in Kenya. Government today is 70% of the economy of this country, who would not want to do business or have an inclination to touching business with government? If you’re a businessman you would.”

Wanjigi further distanced himself from the Anglo-Leasing scandal, rubbishing allegations that he was one of the beneficiaries.

“I had no role in Anglo-Leasing. I think the subsequent investigations into Anglo-leasing have come to vindicate me. There’s a part of Anglo-Leasing, from what I’ve read in literature, that was paid, after all the hullabaloo out of court battles. Outside this country, contracts that were legitimate were paid, and the ones that were not legitimate, there are still matters in court, and you don’t see Jimi in court. The agents of Anglo-Leasing are having their day in court,” he stated.

He also denied ever having threatened the Anglo-Leasing scandal whistle-blower John Githongo, only stating: “I’m a law abiding citizen, why would I threaten anybody?”

Wanjigi also spoke out on his relationship with the late fellow businessman Jacob Juma, terming him a friend who approached him with a summary of the Eurobond saga.

“Jacob Juma was a friend, I knew him. Jacob Juma brought to me a very interesting analysis of the budget books in 2014, and that was about Eurobond, he had a very interesting summation. The government said it was borrowing Ksh.300 billion domestically, and it had borrowed Eurobond Ksh.300 billion. So that Ksh.300 billion sovereign Eurobond was supposed to be the domestic borrowing, and by December 2014 it had not been regularised in the books, so it was showing that even though the government borrowed Ksh.300 billion from sovereign Eurobond, in the books they had also still borrowed domestically from our domestic banks,” he said.

“That was how the Eurobond saga became loud; because it seems like there was a double borrowing, and one was not accounted for in the books, that is what Jacob Juma brought to me. That is why the Auditor General, to date, never completed that report on a missing $1 billion that seems to have disappeared, and you have never interrogated it.”