How Theresa May can get out of her Brexit hell 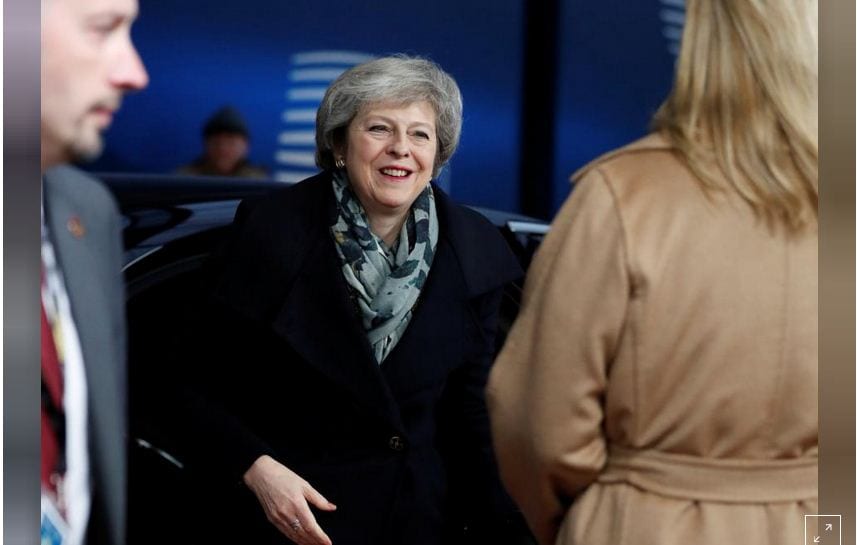 Theresa May must be used to coming home from Brussels empty-handed.

But, after facing a confidence vote from lawmakers from her own party, which she did not comfortably win, and with no end in sight to the stalemate over Brexit in the wider UK Parliament, the Prime Minister might have hoped for European Union leaders to be a little more constructive than they were.

Instead, Jean-Claude Juncker, the president of the European Commission, unleashed some extraordinary criticism against the Prime Minister on the opening day of the EU summit, calling her negotiating strategy “nebulous and imprecise” — which enraged May — and making it clear there is no further room for renegotiation on the withdrawal agreement struck last month.

With just over 100 days to go until the UK is supposed to be leaving the European Union, May is still trapped in her Brexit crisis. There is, however, a way out.

First, she needs to stop listening to the Brexiter Tories who want to pursue a harder Brexit, one that weakens or even removes the contentious “backstop” in Northern Ireland, even if it means no deal.

She has played to their tune for more than two years since taking over as Prime Minister. These Conservative members of Parliament tried to topple May in a confidence vote Wednesday.

Despite more than a third of Tory lawmakers voting against her, admittedly giving her a bloody nose, they lost. They cannot mount a similar coup for another year. She is down but not yet out. Yet the Prime Minister has allowed them to continue to set the narrative after the confidence vote by returning to Brussels to try to get legally binding assurances that the UK can get out of the backstop — one of the key demands of the Brexiters and Northern Ireland’s Democratic Unionist Party, on whose support May relies upon to give her a working majority in Parliament. The failure of the Brexiter coup shows they are not as powerful as they — and Downing Street — think they are.

Bluntly, Brexiters will never give in on the backstop. And the EU, while prepared to give assurances that it will be temporary, will never change its position that it needs to be in the withdrawal agreement because it will prevent a hard border between Northern Ireland and Ireland, a country that remains a valued EU member.

Dublin will never agree to it being removed. What’s more, there will never be a majority in Parliament for a Brexit deal without a backstop. May needs to accept the offer of assurances from Brussels and move on.

Secondly, therefore, May should turn away from her right and move to the political center to try to find a new parliamentary majority for a softer Brexit deal. Instead of worrying about what the DUP wants, she should be reaching out to Labour, the main opposition party, to try to find consensus and reach a deal that would be passed by the House of Commons next month — one that will also be palatable to the EU, perhaps for a “Norway Plus” arrangement.

EU leaders are not going to give way on the backstop, but there is the potential for movement around the next stage of the process, the future trade deal, which May could use to win cross-party support in the House of Commons. And this means pursuing a different track with EU leaders — one on which they are prepared to negotiate.

Which brings us to the third thing that May must do: remind Brussels that unless it makes concessions somewhere, Brexit is heading toward a no deal — an outcome that would not only be bad for the UK but also risk economic harm to Ireland and the rest of the EU.

This is one point that has been largely overlooked in the Brexit crisis — because people have become so obsessed with the backstop — the EU will, in the end, do everything it can to avoid a no deal. And a no deal scenario is where Britain will end up unless both sides start to come back to the table with fresh ideas.

This week, the Irish Taoiseach, Leo Varadkar, warned that a no deal could have an impact on Ireland, and has ordered government officials to put contingency plans in place. He has also suggested revoking Article 50, the process that sets the deadline for Brexit on March 29, to give more time for all sides to strike a workable agreement — and avoid a no deal outcome. In the space opened up by Irish fears over a no deal — fears that are also felt in Paris, Berlin and Brussels — there is fertile ground for negotiation, no matter what Juncker says.

As the Prime Minister returns to the UK and prepares for her Christmas holiday, she should rethink her entire Brexit strategy. She should replace it with one that is clearer, more constructive and involves the broad consensus of the UK Parliament and Brussels, rather than the minority demands of Brexiter Conservative lawmakers and the DUP.

May has spent more than two years allowing her Brexit strategy to be dictated by a band of lawmakers who will never back down — but whom she now no longer needs to fear. Having announced this week she will not fight the next election as party leader, and having immunity from a leadership challenge for a year, May has nothing to lose in the context of her own party.

If she continues to allow the Brexiter obsession with the backstop to rule her negotiating strategy with Brussels, she risks losing the UK’s prosperity by allowing a damaging no deal. By finding consensus around a softer Brexit, there is a way out of Britain’s current political crisis, and she should take it.