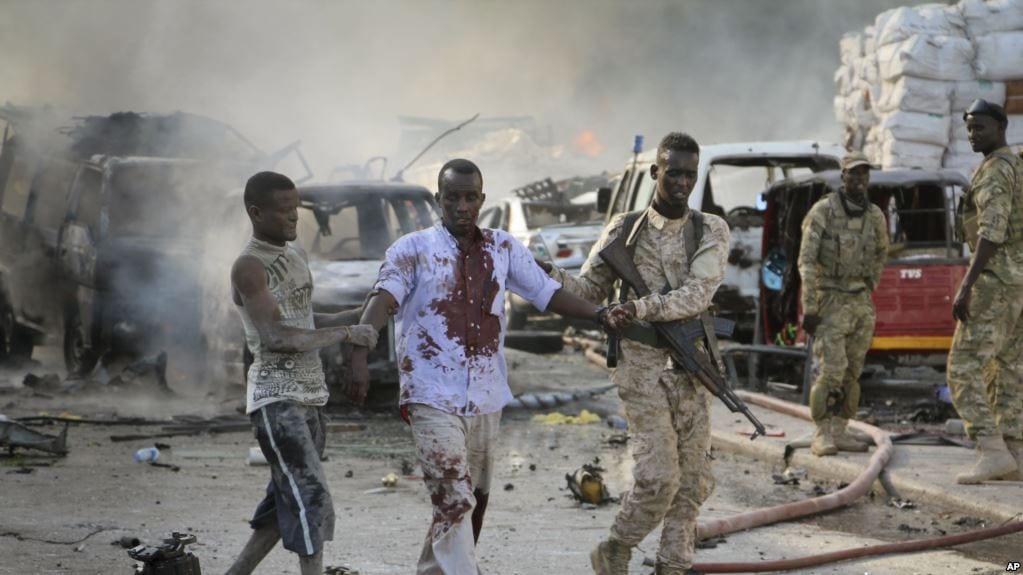 Hundreds of Garissa residents turned up to donate blood for victims of the massive Somalia terror blast that claimed over 300 lives and injured many others.

The donation drive, spearheaded by the Red Cross Society of Kenya, was held at the Garissa primary school grounds with an aim of 150 pints of blood daily over the next three days and is mainly targeting learning institutions, the business community and local residents.

County executive committee nominee for Trade and Tourism, Adow Jubat, lauded Garissa residents for turning up in large numbers to stand in solidarity with Somalia.

Jubat said that Somalia offered assistance when the town suffered a similar predicament during the Garissa University College terror attack.

Dubat Hamey, an elder in the town said the community will form a donation kitty that will raise funds for the victims. He urged humanitarian organisations in Garissa to support the initiative.

“The Somalia attack should act as a uniting factor between the two countries (Kenya and Somalia) and foster unity. This incident should boost our resolve to fight terror through close coordination and sharing information,” said Hamey.

Saturday’s truck bombing in Mogadishu is the deadliest in Somalia’s modern history.

Some of those injured in the blast were airlifted to Nairobi and Turkey for specialized treatment, with Kenya sending 11 tonnes of assorted drugs to assist the victims.