Four killed after matatu rams into trailer in Mlolongo 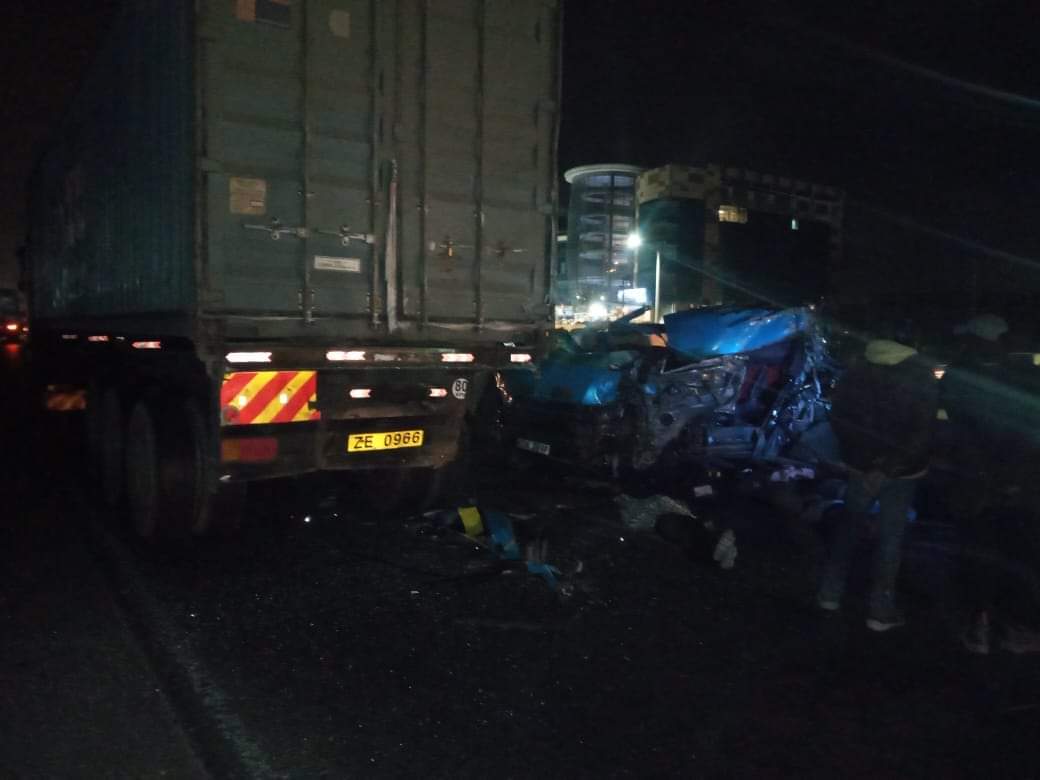 Four people were killed in a tragic road accident in Mlolongo, Machakos County, on the Nairobi-Mombasa Highway on Wednesday morning.

According to Mlolongo Assistant County Commissioner Dennis Ongaga, the four died on the spot after their matatu rammed into a stationary trailer opposite a petrol station.

The MAPRA Sacco’s matatu was on its way to Nairobi at the time of the tragedy.

Witnesses say the matatu was speeding during the early morning incident.

Four people were killed on the spot while several others who sustained serious injuries are receiving treatment at various hospitals in Machakos.

The bodies of the deceased were moved to the Shalom Community Hospital mortuary.