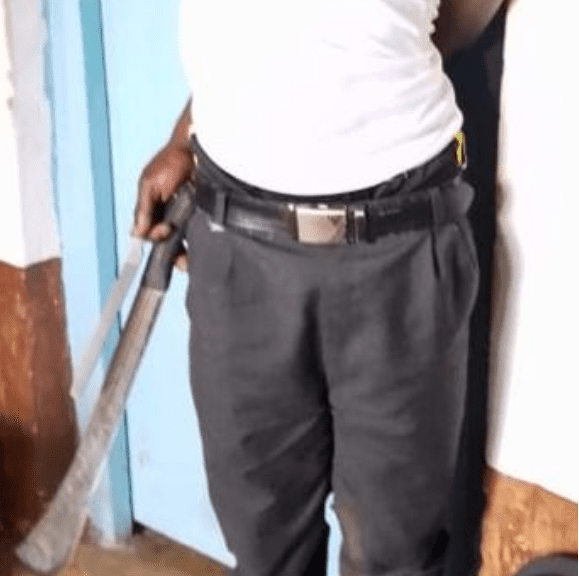 A Form 2 student has been arrested after allegedly attempting to hack deputy principal with a panga at Mokwerero Secondary School in Kitutu Masaba.

According to a police report seen by Citizen Digital, the School Principal reportedly called the area Assistant Chief, reporting that a student had attempted to kill the school’s deputy principal.

The report indicated that the 18-year-old student had stashed the panga inside his school bag.

The teacher was saved by other teachers and support staff who cornered the student and alerted the police.

The incident comes just a day after a Form 3 student at Kisii High School was charged with attempted murder by a Kisii Court.

He was charged that on January 12, 2021 within the precincts of Kisii High School, he stabbed two teachers.

He will be remanded at Manga Juvenile Home.