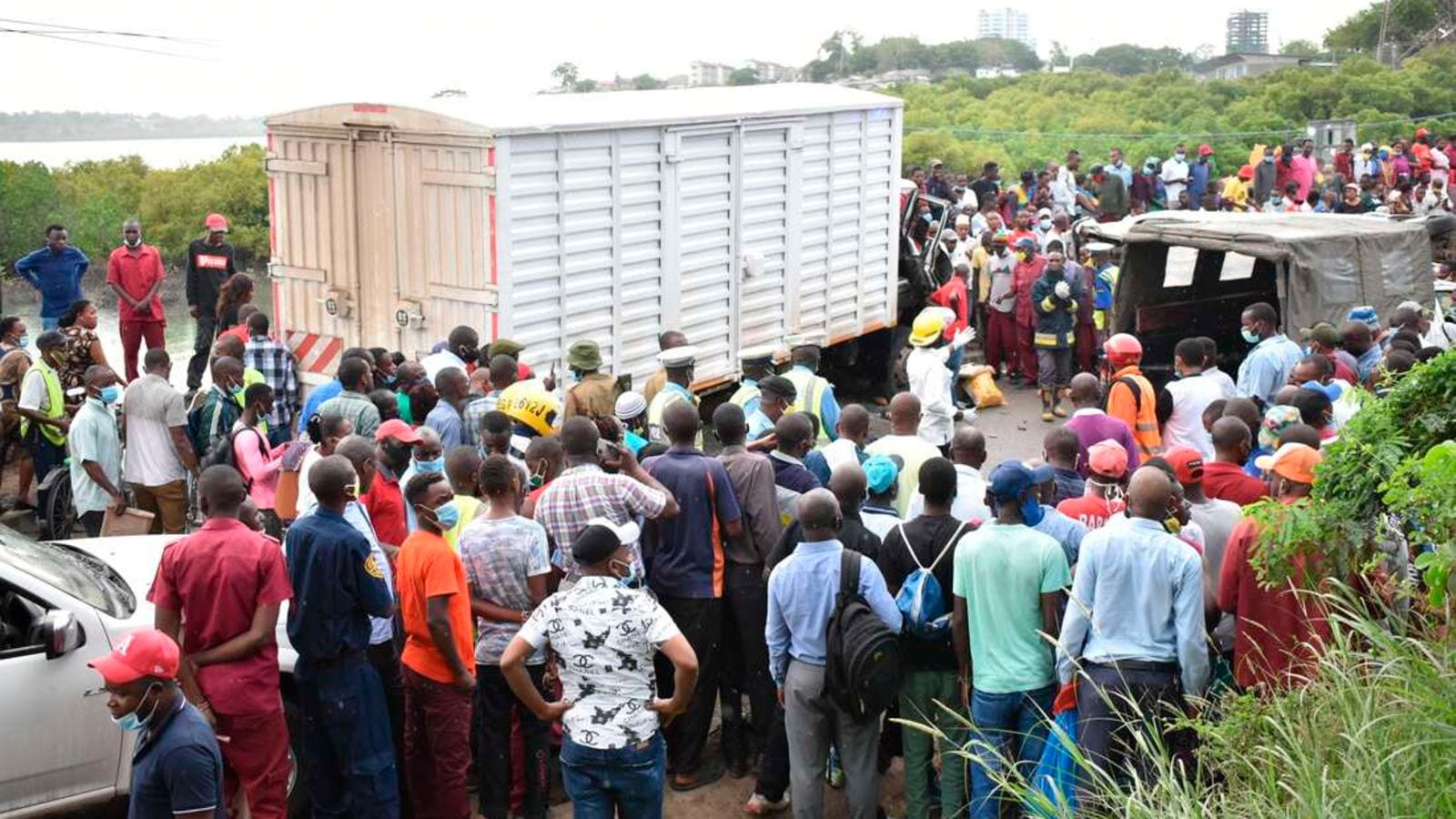 Five members of the same family who died in a road accident two weeks ago in Taru along the Mombasa road will be laid to rest today in Nyakach subcounty, Kisumu County.

The entire village was in a gloomy mood as they tried to come to terms with the cruel hand of death that had wiped out the entire family.

Erick Otieno, his wife, their two daughters, ages 10 and 7, and their 2-year-old son were all killed on the spot.

The family members were travelling from Mombasa to Nairobi when their vehicle collided head-on with a trailer going in the opposite direction at Taru area on Mombasa road.

Coast regional traffic enforcement officer Peter Maina said the 5am accident occurred after an overtaking trailer heading to Mombasa hit head on the Toyota Voxy which was coming from the opposite direction.

The fivewere killed instantly while four other people were critically injured and are getting treatment at the Kinango sub-county hospital.