Fire razes down hay worth Ksh.6m in Mwea 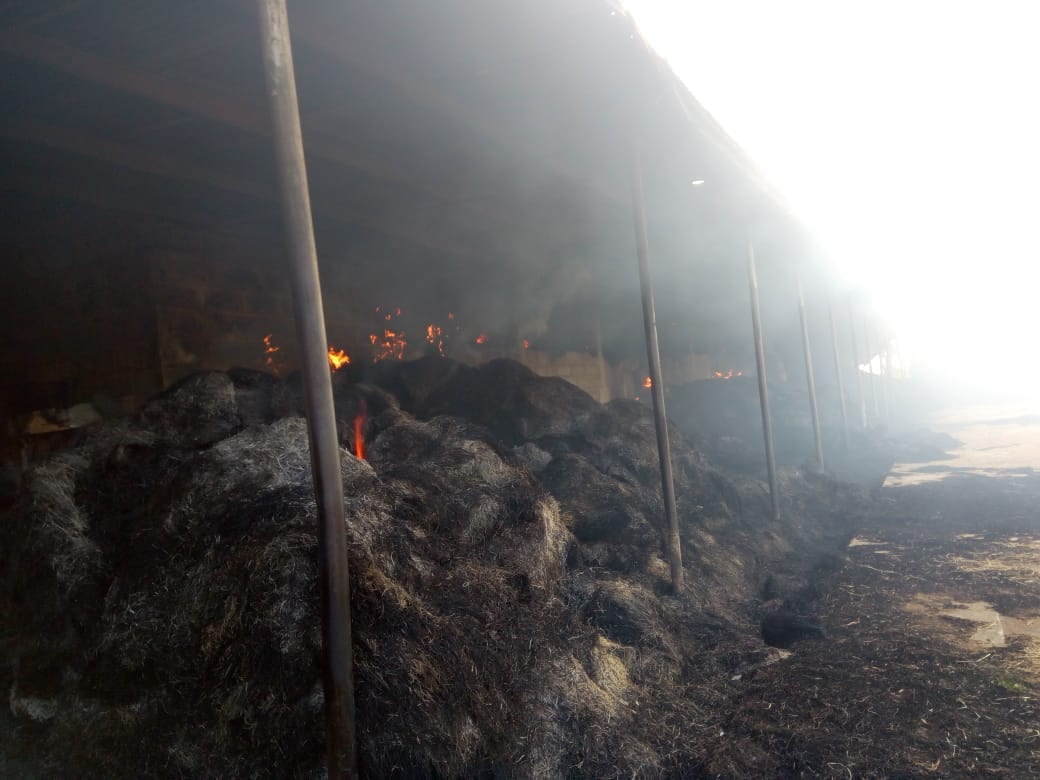 Hay traders at Karaba stores, Ciagini location in Mwea ,Kirinyaga County are counting huge losses after fire destroyed hay with an estimated worth of more than Ksh. 6.

‘The fire started from five corners of the stores in the 1am incident,” Wanjohi said

Hay produced from the Mwea rice stalks has gained International acclaim with residents even shipping it to Saudi Arabia.

A prominent trader Charles Kinyua is counting losses of at least Ksh. 3 million

“Today, I was expecting a customer who had already given me a deposit of Ksh2 million,” Kinyua said

firefighters from the county government of Kirinyaga led by their officer John Kiama said they had been trying to put out the fire since 2am and were worried it would take the entire day.

Instigations into what caused the fire has begun.