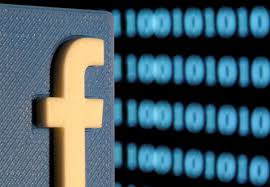 The Federal Trade Commission is set to announce on Wednesday that Facebook Inc has agreed to a sweeping settlement of significant allegations it mishandled user privacy and pay Ksh.500 billion, two people briefed on the matter said.

As part of the settlement, Facebook will agree to create a board committee on privacy and will agree to new executive certifications that users’ privacy is being properly protected, the people said.

Facebook Chief Executive Mark Zuckerberg will have to certify every three months that the company is properly safeguarding user privacy, a person briefed on the matter said.

The Washington Post reported on Tuesday that the FTC will allege Facebook misled users about its handling of their phone numbers and its use of two-factor authentication as part of a wide-ranging complaint that accompanies a settlement ending the government’s privacy probe, citing two people familiar with the matter.

Separately, the U.S. Securities and Exchange Commission is expected to announce a related settlement with Facebook for around Ksh. 10 billion over allegations it failed to disclose risks to investors over its privacy practices. The Wall Street Journal reported the SEC settlement earlier.

The Post also reported the FTC also plans to allege Facebook provided insufficient information to about 30 million users about a facial recognition tool, an issue identified earlier by Consumer Reports.

The settlement comes amid growing concern among U.S. policymakers about the privacy of online users and have sparked calls for new legal protections in Congress. Separately, the U.S. Justice Department said late Tuesday it is launching a broad antitrust probe into the competitive practices of large tech companies like Facebook.

Two people briefed on the matter confirmed the Post report the FTC will not require Facebook to admit guilt as part of the settlement. The settlement will need to be approved by a federal judge and will contain other significant allegations of privacy lapses, the people said.

The fine will mark the largest civil penalty ever paid to the FTC.

The FTC confirmed in March 2018 it had opened an investigation into allegations Facebook inappropriately shared information belonging to 87 million users with the now-defunct British political consulting firm Cambridge Analytica.

The probe has focused on whether the data sharing violated a 2011 consent agreement between Facebook and the regulator and then widened to include other privacy allegations.

A person briefed on the matter said the phone number, facial recognition and two-factor authentication issues were not part of the initial Cambridge Analytica probe.

Some in Congress have criticized the reported Ksh.500 billion penalty, noting Facebook in 2018 had Ksh. 5.58 trillion in revenue and     Ksh 2.21 trillion in net income. Senator Marsha Blackburn, a Republican, said last week the fine should be Ksh. 5 trillion.

While the deal resolves a major regulatory headache for Facebook, the Silicon Valley firm still faces further potential antitrust probes as the FTC and Justice Department undertake a wide-ranging review of competition among the biggest U.S. tech companies.

Facebook is also facing public criticism from President Donald Trump and others about its planned cryptocurrency Libra over concerns about privacy and money laundering.

The Cambridge Analytica missteps, as well as anger over hate speech and misinformation on its platform, have prompted calls from people ranging from presidential candidate Senator Elizabeth Warren to a Facebook co-founder, Chris Hughes, for the government to force the social media giant to sell Instagram, which it bought in 2012, and WhatsApp, purchased in 2014.

But the company’s core business has proven resilient, as Facebook blew past earnings estimates in the past two quarters. Facebook is set to report earnings on Wednesday.