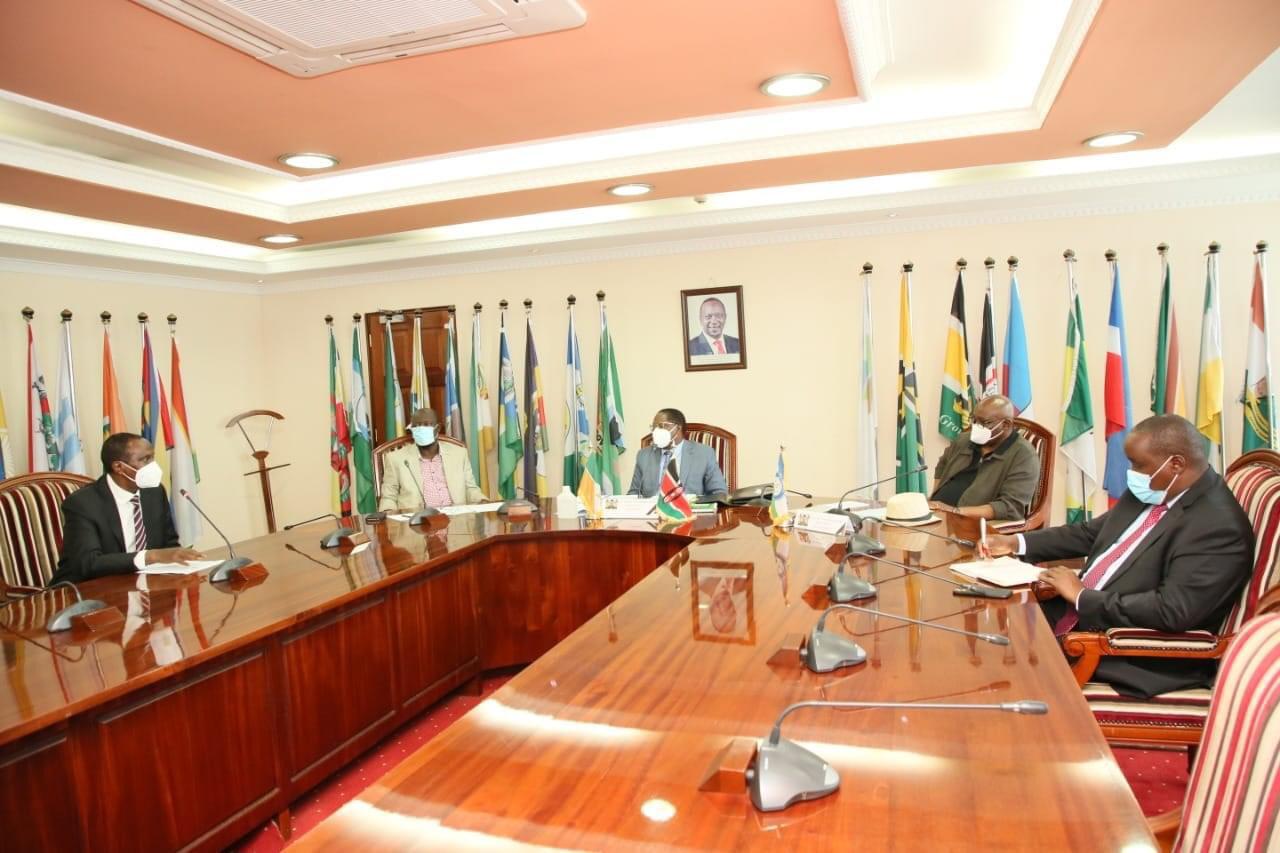 Embattled Wajir Governor Mohamed Abdi Mahamud, fresh from his Senate impeachment, attended the Council of Governors meeting on Friday, in what is believed to be part of his plan to challenge his ouster.

According to reports, the governor was invited to give his side of the story following his impeachment, which the Council called political.

In his verdict, Justice Otieno asserted that Muktar should not take office until the petition filed by former Governor Mohamed Abdi is heard and decided.

A day after a Senate special session upheld his impeachment, the embattled Governor had filed a petition with the Court challenging his removal from office.

According to Lawyer Ndegwa Njiru, the entire process has been halted, and Mohamed Abdi remains the county chief.

The Friday meeting was also attended by his successor and former Muktar who appeared virtually.

In a statement to the press on Wednesday, Council of Governors Chairperson Martin Wambora had accused the Senate of a political witch hunt.

“The Council strongly faults the whole process on the following grounds: the senate Lowering the standard of proof and the threshold on impeachment matters and thus exposing the Counties to Political upheavals,” the statement reads. ” For example, in the Kirinyaga case, the Senate acquitted the Governor who has been charged of similar violations.”

The Council had disparaged the process, claiming that the Senate disobeyed court orders prohibiting the County Assembly and Senate from discussing the impeachment motion.

On Friday, the Governors, who saw malice in the ouster, reiterated that the process was illegal, citing the Assumption of Office Act, which they claim was not followed properly.

The council claimed that the governor was not given the required seven days to take into account his options before his deputy, Ahmed Ali Muktar, was sworn in as the third governor of Wajir County on Tuesday.

In his defense, the governor denied that healthcare in Wajir had suffered under his leadership, adding that the allegations levelled against him do not meet the threshold of impeachment.