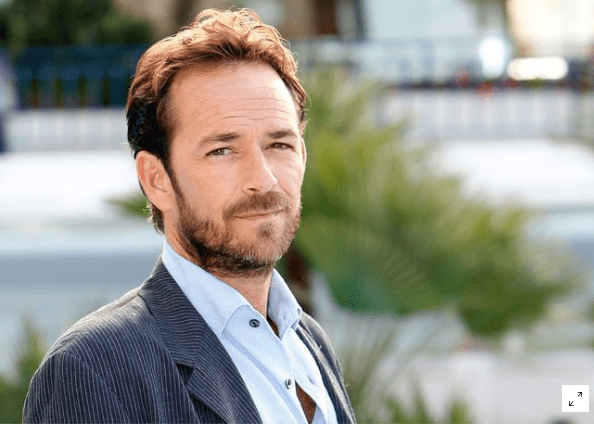 Actor Luke Perry, who rose to superstardom on the teen-oriented 1990s U.S. television drama “Beverly Hills 90210” and then aged into a fatherly role on comic-based “Riverdale,” died on Monday at the age of 52 after suffering a “massive” stroke last week, his publicist said.

“The family appreciates the outpouring of support and prayers that have been extended to Luke from around the world, and respectfully request privacy in this time of great mourning. No further details will be released at this time,” Robinson said in a statement.

Perry was rushed to a Los Angeles hospital on Wednesday after suffering the stroke at his home, celebrity website TMZ.com reported last week. TMZ said on Monday that Perry never recovered consciousness.

Perry was taken ill the same day that Fox television announced it was reviving the “Beverly Hills 90210” series with many of the original cast, including Jason Priestley, Jennie Garth and Tori Spelling. Perry was not among those announced as returning for the limited run of six new episodes this summer.

Since 2016, Perry had played Fred Andrews, father of Archie Andrews, in the television series “Riverdale,” a dark twist on the Archie comic books, but more than 20 years earlier the actor had been a heartthrob who adorned the cover of scores of magazines aimed at adolescent girls, thanks to “Beverly Hills 90210.”

Perry’s death prompted an outpouring of grief. “Riverdale” producers in a statement called Perry an “incredibly caring, consummate professional.” Molly Ringwald, one of his co-stars on the show, said on Twitter, “My heart is broken.”“Beverly Hills, 90210,” which aired on the Fox network, was about a group of attractive high school students living the sweet life amid Southern California affluence while dealing with teen angst, as well as a raft of more serious issues such as date rape, AIDS and teen pregnancy.

Perry was in his mid-20s when he started playing high schooler Dylan McKay, a brooding loner on a motorcycle with prominent sideburns and bad-boy tendencies. An avalanche of comparisons to the late James Dean soon followed.

“Beverly Hills 90210” got off to a slow start in the ratings in 1990 but built a cult following that grew to become a cultural phenomenon with its target demographic. One of the key plot lines was Perry’s character developing a romance with Brenda, a wholesome Midwestern transplant to Beverly Hills, played by Shannen Doherty, before moving on to her best friend, Kelly, played by Garth.

Along the way Perry, Doherty, Garth and co-stars Priestley, Spelling and Ian Ziering became stars.Perry’s fame was such that he was getting 4,000 fan letters a week and drawing crowds of thousands of teenage girls to his personal appearances. Once Perry had to be smuggled out of a Seattle mall hiding in a laundry hamper because of overzealous fans and at another appearance, some 20 people were injured rushing a stage.

He eventually gave up the personal appearances for security concerns and did not like being considered a “teen idol.”

“My problem with that is it’s inaccurate for two reasons,” he said at a news conference in 1992. “One, I’m not a teenager. Two, I don’t think anyone idolizes anybody.”

Perry left “90210” after its sixth season but returned two years later as the show finished its 10-year run. By the time it was over, Perry’s Dylan had endured a drinking problem, cocaine and heroin abuse, financial hardship, a near-fatal car crash, his father’s faked death, various romances and a marriage that ended when his wife was mistakenly killed by a hitman hired by her mobster father.

Perry also was in the 1992 movie “Buffy the Vampire Slayer” that preceded the TV series of that name and during his “90210” run portrayed real-life rodeo star Lane Frost in “8 Seconds.” He learned to ride bulls and did many of his own stunts in the film.

Perry’s other TV credits included “Windfall,” a 2006 series about a group of friends who win a big lottery jackpot; two seasons of “Jeremiah,” a post-apocalyptic drama; and a season on “Oz,” a prison drama on which he played a preacher convicted of embezzlement.

His stage work included starring in London stage adaptation of “When Harry Met Sally” in 2004 and playing Brad in “The Rocky Horror Show” on Broadway in 2001.

Perry grew up in Fredericktown, Ohio, population 2,300, and after graduating from high school headed to Los Angeles to pursue acting while working construction jobs and in a doorknob factory. In the late 1980s, he took on soap opera roles and television commercials in New York before landing the “Beverly Hills 90210” part.