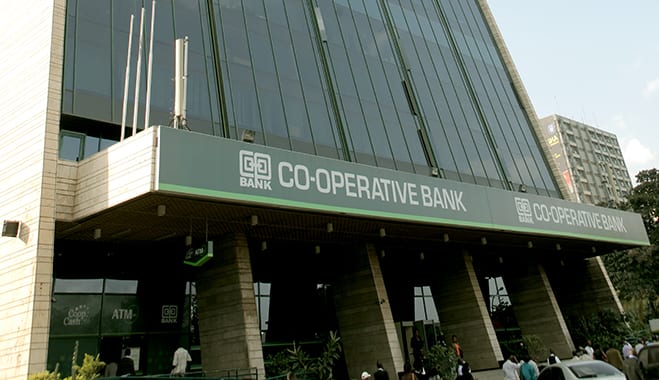 The Co-operative Bank of Kenya has announced a pre-tax profit of Ksh.18.2 billion for the full year 2018.

The performance represents an eleven percent rise when compared to Ksh.16.4 billion posted in 2017. Consequently, after tax profits stood at Ksh.12.7 Billion.

“The Group continues to leverage on the benefits of the “Soaring Eagle” Transformation Agenda that has re-tooled and equipped the business with added competitive edge as reflected in the sustained growth in market share across all market segments and Counties,” said Muriuki in a statement.

During the year under review, the tier one lender saw total assets grow by seven percent to reach Ksh.413.4 billion.

Net loans and advances however declined marginally by three percent to stand at Ksh.245.4 billion.

The bank’s board has recommended a dividend payment of Ksh.1.00 per share. This will represent a growth of 25% compared to a dividend of Kshs 0.80 paid in 2017.

Going forward, Co-operative Bank which has over eight million customers says it will continue leveraging on technology in a bid to retain its position in the market.