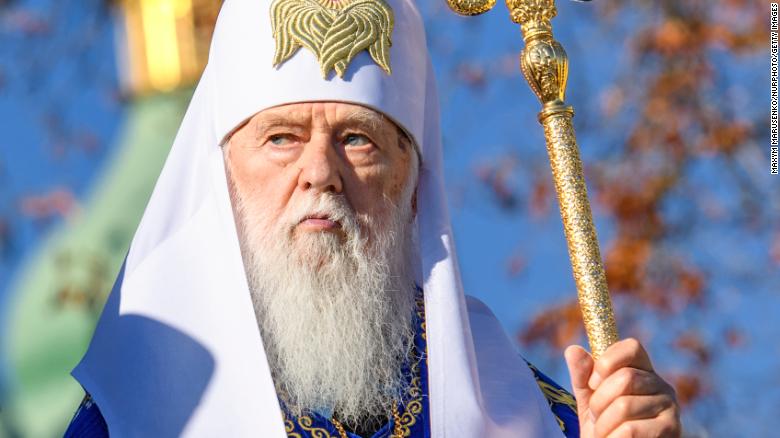 A prominent Ukrainian church leader who previously said the COVID-19 pandemic was “God’s punishment” for same-sex marriage has tested positive for the virus.

Patriarch Filaret, head of the Ukrainian Orthodox Church–Kiev Patriarchate, is reportedly stable and undergoing treatment. The church announced in a Facebook post on September 4 that Filaret had tested positive for COVID-19.

“His Holiness Patriarch Filaret is especially grateful to everyone who shows his love and support in prayers for his health,” the church said in a statement on Tuesday.

“Today the state of health of Patriarch Filaret is stable, treatment continues. We ask you to continue to pray for His Holiness Patriarch Filaret, so that the All-Merciful and Almighty Lord God will heal the Patriarch and heal him from his illness.”

The 91-year-old made headlines in March when he told a Ukrainian TV channel that the coronavirus crisis was “God’s punishment for the sins of men, the sinfulness of humanity.”

“First of all, I mean same-sex marriage,” he added.

The Ukranian LGBTQ+ group Insight sued the leader following his comments, saying his words could potentially fuel hate and discrimination. The lawsuit called for an apology from Filaret and a retraction from him and the TV channel, the Thomson Reuters Foundation reported.

“Our aim is to show people that there is no longer place for such statements from church leaders in Ukraine,” Olena Shevchenko, head of Insight, told the organization in April.

“Such statements … are very harmful because they could lead to increased attacks, aggression, discrimination and acceptance of violence against certain groups,” Maria Guryeva, a spokeswoman for the organization, told the Thomson Reuters Foundation.

The church responded to the lawsuit, saying, “As the head of the church and as a man, the Patriarch has the freedom to express his views, which are based on morality.”

Relationships between people of the same sex are legal in Ukraine, although the country does not currently recognize same-sex marriage, according to the LGBT database site Equaldex. Ukraine ranked 35 out of 49 countries in a ranking of European countries for LGBTQ+ friendliness, according to the European region of the International Lesbian, Gay, Bisexual, Trans and Intersex Association (ILGA-Europe).