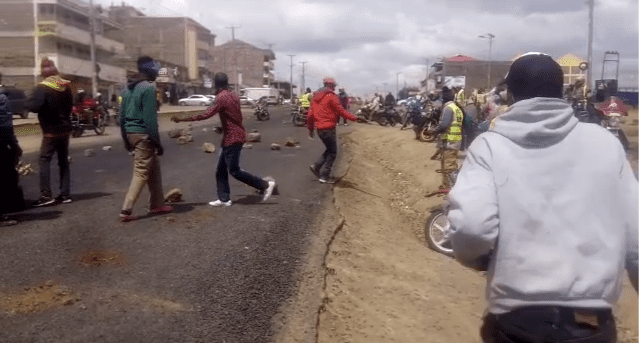 A police officer who shaved a boda boda rider’s head with a knife, leaving him with grievous injuries has been arrested.

His arrest follows uproar from residents of Olkalou who demanded the immediate arrest and prosecution of the officer who is based at the Olkalou police post after the Wednesday evening incident.

According to witnesses, the cop had whipped out a sharp knife which he used to botch up the haircut, injuring the rider identified as Edwin Kamau in the process.

The police officer had complained that the rider-arrested for an offense- was untidy and his dread locked hair was too long.

A series of photos shared online showed the rider at the hospital, with the bedding near his head soaked through with blood.

On Thursday, riders blocked roads and disrupted business in Olkalou in protests against the act.