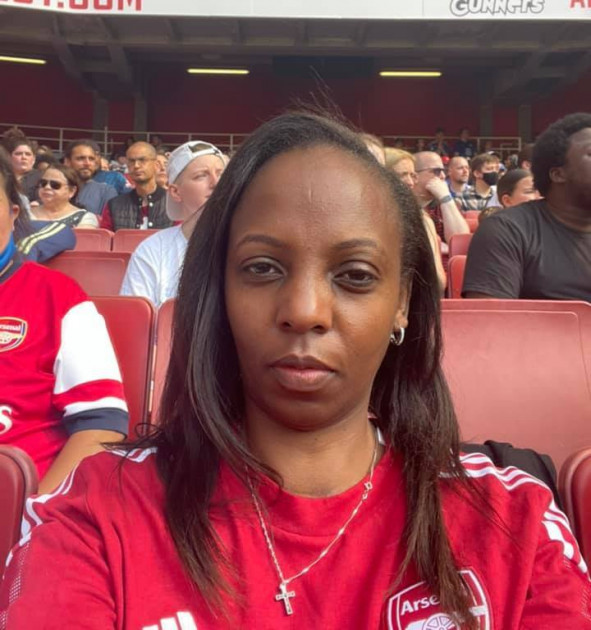 The name Bernice Kariuki may not be much-known among Kenyans; but its holder, an England-based Kenyan chef, has risen to become one of the talents behind Arsenal Football Club first team’s menus.

Bernice was born and raised in Jericho, in Nairobi’s Eastlands, but she is now, as she says, living nothing but her dreams.

Mid this year, on the heels of Mikel Arteta’s appointment as the Arsenal's manager, Bernice joined the Premier League club as the first-team private chef.

"A girl from the ghetto Jericho living nothing but her dreams. May I reintroduce myself as Arsenal's first-team private chef," wrote Bernice on social media following her appointment.

Under the leadership of Darren Taylor, the Executive Chef at Arsenal, Bernice cooks exclusively for first-team players, the management team and members of the Arsenal’s technical bench.

She also manages the daily well-being and nutrition of the team before and after matches, as well as menus for the travelling team.

Bernice’s resume boasts of past stints as a chef for swanky hotels in the United Kingdom, including The Lanesborough, The Dorchester and The Waldorf Hilton in London.

She is an alumnus of Westminster Kingsway College in London, where she studied Culinary Arts.

Kenyan High Commissioner to the UK Manoah Esipisu recently ran into her in Windsor, Berkshire at  a forum for Kenyans living in the U.K.

Describing her as a trailblazer, Esipisu congratulated Bernice for her work in a post shared on social media.

"Delighted to bump into Arsenal first-team chef Bernice Kariuki at a black-tie Kenya UK Diaspora event in Windsor, Berkshire. Trailblazing and embodying the Kenyan 'can do' spirit. Congratulations," wrote the diplomat.